Of pit bulls and parolees, a community called Snob Slew and buying boxer shorts to show support for the economy

* ... ECONOMIC INDICATORS: If you're looking for a sure sign the economy is getting better, you might ask yourself if you can afford that venti latte from Starbucks. Going big at Starbucks is just one of the indicators that consumer confidence is improving, according to a recent report on MSNBC. Other signs we're feeling better about things: we order more desserts at restaurants, we schedule plastic surgery, we get divorced and men purchase more boxer shorts. That last one left me puzzled, but there you have it.

* ... AIR FARES: If you are planning on flying somewhere soon, prepare for sticker shock as airlines raise fares because of rising fuel charges and uncertainty in the Middle East. I recently booked a flight with a base fare of $375, but the total bill came to $820 because of taxes and "fuel surcharges." Carline Smart, my adviser over at Lamborne Travel Partners, said it's not unusual for the fuel surcharges to match or exceed the base fares. "It's why I drink," she told me. "Trying to explain these airline ticket prices will drive you crazy." Her tip: book now because unrest in the oil producing Mideast will drive ticket prices higher. 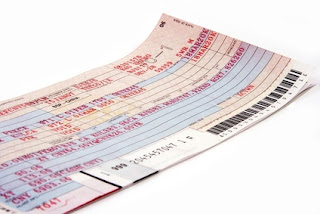 * ... PIT BULLS: There's a major stink brewing up in Tehachapi over a woman's plan to open a pit bull rescue center near town. The request will go before the Kern County Planning Commission on March 10 and comes from Tia Torres of Villalobos Animal Rescue. She's the star of a show on Animal Planet called "Pit bulls and Parolees," in which she rescues pit bulls with the help of ex cons. The reaction has been swift and has filled the blogs at The Tehachapi News with comments. Stay tuned on this one. 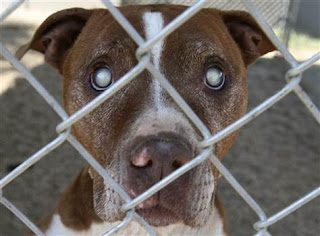 * ... SCAM: Beware of a new scam making the rounds on social networking sites. This latest comes from reader Mary Hanel, who told me someone hacked into her Yahoo! email account, stole her identity, changed her security settings and locked her out of her own account. Then, it used her identity to send desperate messages to her friends saying she was in London, lost her passport and needed $2,500 wired to a Western Union account. She can no longer get into her old account and has lost all her contacts.

* ... DID YOU KNOW: Did you know that Lawrence Tibbett, famous American opera singer who performed at the Metropolitan Opera of New York City over 600 times, was born in Bakersfield? Born in 1896, Tibbett's father was a sheriff's deputy who was killed in a shootout in 1903 with outlaw Jim McKinney in downtown Bakersfield. 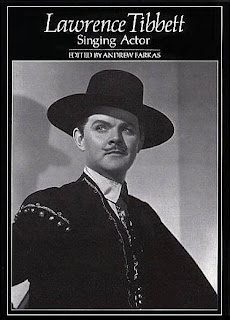 * ... WESTCHESTER: Reader Geraldine Sproul wrote with an interesting tidbit on Westchester. "Please give Bob Curran (the Sandstone Brick family) the credit for remembering the complete name for Westchester when people started moving there. The people in town called it 'Snob Slew." Bob and I laugh about it on a regular basis. For me, there is no better place to live than Bakersfield and especially 'Snob Slew.'"

* ... BAKERSFIELDISM: From Jack Kelley: You know you're  Bakersfield old timer if "you remember only one bridge over the Kern River on North Chester Avenue."
Posted by Richard Beene at 11:43 AM

And don't forget, Westchester is north of 24th and west of F. You snobs live "downtown".

Bakersfield's Lawrence Tibbett also was featured on a postage stamp issued by the U.S. Postal Service: http://arago.si.edu/index.asp?con=2&cmd=1&id=64630&img=1&pg=1
I am not sure how many other Bakersfield natives have had that distinction.
--David Lyman

where are the dogs
on pitbulls and pariotios.com