Is the commercial real estate market about to rebound? And looking for a belt buckle that doubles as a knife?

* ... REAL ESTATE: Ran into David Williams the other day and he had some encouraging things to say about the local commercial real estate market. Williams, senior vice president of the local office of Colliers International, said he has seen a marked rebound in commercial activity in the last five months and expects things to gradually improve. Individuals and institutions are sitting on hordes of cash, he said, and now are beginning to snatch up commercial property at near bargain prices. A lot of the commercial inventory in the Northwest that was so over built is now being absorbed by investors, he said.  Now that's some welcome good news.


* ... HOME SHOW: There was another good turnout for the annual Home and Garden show over at the Kern County Fairgrounds this weekend. This is always a popular event and the place to be if you're looking for that miracle sponge, fruit peeler or bag of garlic almonds. One of the most popular vendors: the man who invented a silver belt buckle with a hidden, quick release knife built into it.


* ... SPOTTED: Two panhandlers manning both doors to the front entrance of the downtown Post Office on 18th Street while a third is positioned on the west entrance. Meanwhile, a fourth hits up customers drinking coffee outside the Farmacy at the Padre Hotel. Signs of the times.

* ... CARNEGIE HALL: Learned the other day that a musical production by Bakersfield native Joseph Gonzalez will be playing at Carnegie Hall later this month. The production is called "Misa Azteca" and the performance at the storied Carnegie Hall will be held Sunday, February 20. Gonzalez called it "a labor of love to which I have committed myself for the last 20 years. With full orchestra, soloiosts, pre-hispanic percussion ensemble and close to 200 voice, Misa Azteca promises to blow the roof off Carneigie Hall." Gonzalez graduated from Garces Memorial High School and later UCLA. Thanks to Oscar G. Saldana for passing this along. 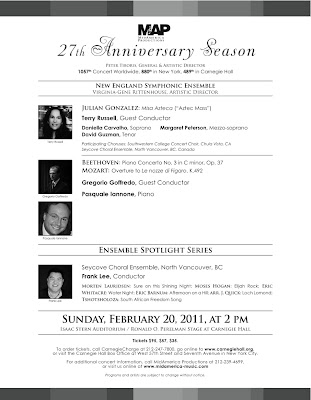 * ... MEMORIAL RIDE: The memorial ride to honor Paul White is set for this Saturday at Yokuts Park. You can either show up at the park at 8:30 a.m. to ride or email Margaret Patteson at Margpatt@sbcglobal.net to reserve a spot. The first 100 get a T-shirt with their $20 donation.


* ... BAKERSFIELDISM: You know you’re from Bakersfield if “you ever went to the fair when it was located on Chester Avenue by the Sam Lynn Ball Park.” Thanks to Linda Welch for that nugget.
Posted by Richard Beene at 2:50 PM