* ... CLEAR DAY: I can't remember a day that broke as bright, clear and crisp as Sunday, a Chamber of Commerce advertisement for the beauty of our valley after a storm moves through. Yet another reason to feel good about our community and where we live. 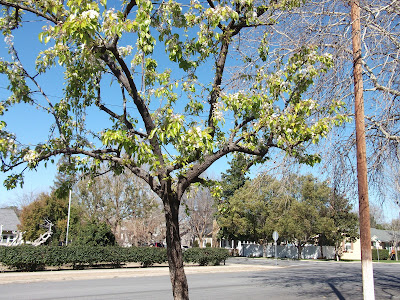 * ... REMEMBERING DOMINIC: Dominic Cornejo had just graduated from high school when he lost his battle with cancer, one of the thousands of local victims of this dreaded disease. His parents, Irma and Gerry Cornejo, have now formed a Relay for Life team in his memory. The team is called Dominic's Dugout in a nod to his love to the LA Dodgers. "He will always be special in every way," his mother told me. "You could always count on Dominic having a smile on his face."  Dominic graduated from Our Lady of Perpetual Help and later Garces Memorial High School before losing his battle with cancer on September 12, 2010. If you'd like to support the Relay team, checks should be payable to American Cancer Society/Dominic's Dugout and sent to American Cancer Society/Dominic's Dugout, ATTN relay for Life, 1523 California Avenue, 93304.

* ... CASA KICKOFF: Had a chance to stop by the big kick off fund raiser for the Court Appointed Special Advocates (CASA) this weekend. It was held at the huge Loyd's Aviation hangar at Meadows Field, compliments of Steve and Pat Loyd. CASA has always enjoyed a loyal following in town and director Colleen McGaulley said more than 340 tickets were sold. Among those attending were former residents Dave and Danielle Kilpatrick, Bank of Sierra executive Michael Olague, local podiatrist Mark Miller and wife Karen, Realtor Mary Christensen, attorneys Karen Gaul and Michael Young, Dona Chertok of the Assistance League, water district manager Harry Starkey and Terri Richards Russell, Rick Peace, Marty and  Lela Mayfohrt of Fresno, Peggy Darling, former fire chief Ron Fraze and wife Shelly, Joe and Jan Drew, Barry and Michelle Zoeller, Geoff and Lisa King, Matt and Molly Clark and Dave and Debby Cohn. Tracy Walker-Kiser, owner of H. Walker's men clothing and one of the coordinators, got stuck in Los Angeles because of the snow and was unable to attend.

* ... WOMAN HONOR: Hats off to Nancy Chaffin, one of my colleagues here at The Californian who was honored at the Susan B. Anthony 2011 "woman of Distinction" by the Kern chapter of California Women Lead.  Chaffin's fulltime job is vice president of administration and operations but I can tell you she is deeply involved in so many aspects of our community. Among other things, she created Life Interrupted, an educational program to expose teens to the dangers of driving under the influence. (Her own son was killed in an auto accident caused by a drunk driver.) A CSUB graduate, she was also instrumental in the success of the CSU Bakersfield Alumni Hall of Fame Dinner. She joins an impressive group of local women to have won this award, including Sheryl Barbich, Pauline Lawrood, Barbara Patrick, Dayna Nichols, Wendy Wayne and Mary K. Shell. 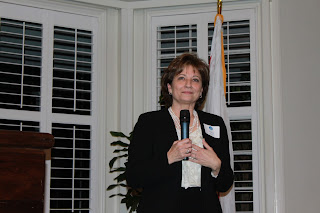 * ... LOOKING BACK: Remember Bloomfield's drive in east Bakersfield? Reader Geraldine Sproul does and says it was located where the old Sparkle Cleaners plant stood, not at the corner of Niles and Baker streets. "The drive in was run by Gene Bloomfield and his wife (can't remember her name). She ran it while Gene worked with the Southern Pacific Railroad. The drive-in at Niles and Baker streets was Hall's and there was some connection with the Hall's and the Michner's. Marriage? Further down Baker going south toward the Southern Pacific depot was Saba's. Mike Saba was always wonderful to visit with. I can remember going in there for my mother to purchase things for my dad. It is now Saba's Uniform Store and I believe run by the grandchildren."

* ... BAKERSFIELDISM: You know you're a Bakersfield old timer if "you remember listening to Bakersfield City Council meeting on KAFY (550) on Tuesday nights at 8 p.m., followed by Lucky Lager Dance Time." Thanks to reader John Strand for that one.
Posted by Richard Beene at 2:36 PM