* ... TURNIPSEED: Hats off to Michael Turnipseed, the head of KernTax who is leading the fight to bring more equitable utility rates to the San Joaquin Valley. Turnipseed was on SmartTalk1230 with Californian columnist Lois Henry Wednesday, explaining in the clearest terms how Valley residents are being hosed (my words, not his) through a Pacific Gas and Electric rate structure that penalizes ratepayers who live in harsher climates. This is fight worth following and we should all be thankful that a pitbull like Turnipseed is in Sacramento representing our interests.

* ... KBAK: It looks like Fisher Communications, the parent company of KBAK-TV, is in a nasty fight to fend off a hostile takeover bid from a hedge fund company. Fisher owns some 20 stations in the West, including the Bakersfield franchise. Not sure what this might mean for KBAK if the hedge fund succeeds, but they are not known for progressive management.

* ... NURSERY: Here's something I bet you didn't know: According to reader Rob Ferree, there is a popular plum tree in town named for Carl Krauter, who ran a local nursery in town for years. Ferree said he and his wife met Krauter in 1977 "and he proudly introduced us to a plum tree called the Krauter Vesuvius which is distinguished by a dark purple leaf and pink blossoms. Apparently Carl Krauter named the variety that can be seen all over town and is quite popular elsewhere as well."

* ... MEMORIES: Al B. Gonzales was in the first class at Garces Memorial High School and wrote to remember when "East Bako was booming. The five and dimes by the Granada Theater were Ben Franklin and Cornet, J.C. Penney's, Snider's, McMahans, Kirby Shoes, Casa Moore, Saba's and don't forget Mother's Bakery. Our dad worked for the Southern Pacific Railroad and had credit at Saba's. I bought a red flowered silk shirt with a mandarin collar. It was the style in the 1950s."

* ... TAR HEEL: Among our community's unsung exports are our outstanding students who set out across the country attending first rate universities. One of those students is Julianne Toler, who attended Norris School and graduated from Bakersfield Christian High School in 2003. She went on to graduate Cum Laude with a bachelor's degree in athletic training from Point Loma Nazarene University in San Diego. She then attended the University of North Carolina at Chapel Hill and in 2009 she received a masters in Exercise Science and Sports Medicine. She is still attending UNC in the doctorate program and should complete that in 2013 or 2014. Her father is Larry Toler, a retired battalion chief with the city fire department, and her mother Marilyn is a retired teacher with the Norris School. Proud father Larry told me Julianne will be getting married in July to Dave Schmidt, whom she met at Chapel Hill. 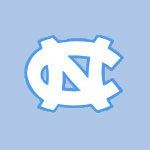 * ... WILDCAT: Another youngster headed to the dorm life is Adam Karpe, who will be a freshman at the University of Arizona in the fall. Adam's older brother, Robert, will be a sophomore at the University of South Carolina. Both Karpe boys graduated from Garces Memorial High School. Adam's father is Ray Karpe, also a graduate of Garces who went on to earn a degree from CSUB. His mother, Lisa, went to Highland High School, Bakersfield College and Fresno City College. 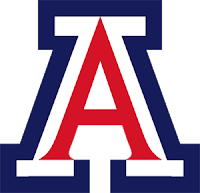 * ... WHO KNEW? The Rolling Stones, longtime country music fans, sang about Bakersfield in 1978 in their song “Far Away Eyes” on the album “Some Girls.”
.
Posted by Richard Beene at 11:06 AM