* ... FARM SUBSIDIES: It appears farm subsidies are being targeted by congressional leaders trying to find ways to curtail spending. According to the Wall Street Journal, Republican House Budget Committee Chairman Paul Ryan's blueprint for fiscal 2012 "puts agriculture subsidies in the cross hairs, seeking to cut $30 billion over a decade - starting when the next farm bill is passed in 2012 - out of a total of some $150 billion is total expected spending on farm subsidies." Expect a backlash from Valley farmers, who no doubt will be putting the pressure of Rep. Kevin McCarthy and Rep. Jim Costa for relief.

* ... NURSERIES: My earlier post on local nurseries brought responses from some folks who felt I slighted other local nurseries like Robby's and Reimer's Wholesale Nursery. Robby's, located on Hageman Road, is one of our town's old standbys where the service is always prompt and the selection excellent. I haven't been to Reimers (9305 Norris Road) but Steven Ashby invited me to stop by. "The Reimers have been growing annual color flats for 25 years here in Bakersfield," he said. "My grandfather Carl Krauter had a nursery here in Bakersfield for over 60 years. I am a fourth generation nurseryman and I truly believe Reimer's Nursery is the best in town for high quality locally strong plants and service.".

* ... SUBARU: Picked  up a new car at the local Sangera Subaru dealership recently and was happy to make the purchase from a local dealership. I also had the pleasure of dealing with a terrific salesman, Eric Leathers,  who made the process painless and comfortable. Turns out Eric's son Justin is a senior at Foothill High School and is headed to Lewis and Clark College outside of Portland, Oregon, on an academic scholarship. Congrats to this young man and  his parents, Eric and Esther Leathers.

* ... COLLEGE BOUND: Speaking of college bound seniors, I heard that Rachel Goldner will be attending Fordham University in the Bronx this fall. She is graduating from Garces Memorial High School and is the daughter of county counsel Teri Goldner and Barry Goldner, a principal at Klein DeNatale Goldner law firm. 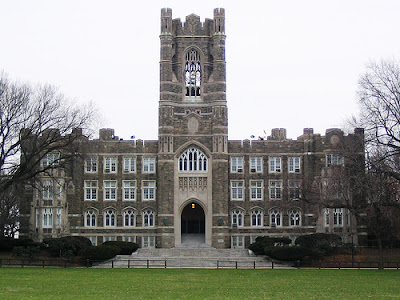 * ... PEACOCK DAIRY: Jean Morgan wrote in to say she remembers both the old Peacock Dairy and the Teakwood  Dairy in Oildale as well. "Our family enjoyed home delivery from both. The bottle caps on each jug of milk carried a picture of either a peacock or an elephant. My older brothers thought that the milk came from those respective animals!  I am happy to say that they are older and wiser now!"

* ... SPOTTED: Middle aged woman at a local Smart and Final uses her Food Stamps electronic debit card to buy three packs of sugar cookies, two vitamin drinks and a large pack of Dorito snack packs. (State Sen. Michael Rubio has introduced a bill which would prohibit the use of Food Stamps to buy "junk food.") 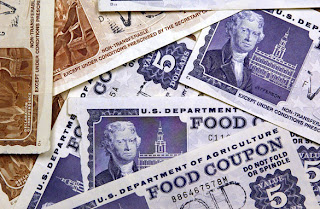 * ... BAKERSFIELDISM: From Jack Bell: You know you're from Bakersfield  "if you used  to make snowmen out of tumbleweeds instead of snow!"
Posted by Richard Beene at 11:39 AM

Happy to see your post in favor of buying cars locally. An interesting story for your paper would be how many local "leaders" also do the same. Ask city & county elected officials, dept. chiefs, prominent business owners, and top folks at the chamber of commerce where they bought their personal autos.

Krauter's?! Now THAT's a memory. Does anyone remember the caged animals. Was it on Kentucky Street? I remember it as fabulously shady.

This from bakersfield.com on March 29, 2010:
The purple-leaved tree planted in landscapes and gardens all over Bakersfield was made popular by former Bakersfield nurseryman Carl Krauter of Krauter Nurseries. The drought-hardy "Krauter's Vesuvius" flowering plum was first available in 1956. It is now planted all over the southwest.

Wish Robby's would have stayed on Norris. Oildale doesn't really have any nursery available now.