* ... STINSON'S: Dropped by Stinson's Stationers this week and joined a couple hundred other people for a tri tip sandwich lunch. The occasion was a table top show featuring more than 30 vendors displaying the latest in office supplies. Ben Stinson III wielded a bullhorn and worked the Sonoma Street warehouse like a showman, giving away prizes and introducing folks as they walked in the door. Locally owned since 1947, Stinson's is one of those reminders why Bakersfield is such a special place to live. There is nothing like walking into a Stinson's showroom, or a locally owned restaurant like Uricchio's or Luigi's or Casa Munoz, and being greeted by name by the owner.

* ... INMATE RELEASE: It was disheartening, not to mention alarming, to read that the Supreme Court has ordered the California prison system to release 30,000 inmates because of crowding. Kern County Sheriff Donny Youngblood called it "shocking" and "dangerous" and noted state inmates are more of the hard core criminal types. "These are real prisoners, real felons," he warned, not just some pot smoking offender. It's  yet another consequence of this long recession that has left California broke and with a swollen prison population, many of whom will be dumped on the streets of Bakersfield. (Photo courtesy of the California Department of Corrections) 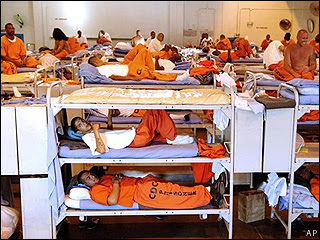 * ... SPOTTED: Mick Fleetwood, founder and co-namesake of the legendary rock band Fleetwood Mac, was spotted at the downtown Padre Hotel this weekend.  The British-born Fleetwood was seen talking to friends and fans on the Prairie Fire lounge but it was not immediately known why he was in town. 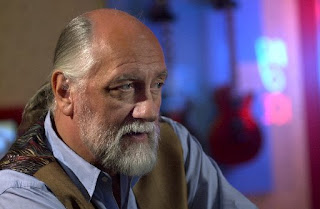 * ... GARCES CIRCLE: Nice to see the Garces Circle all spruced up and landscaped after the long Cal-Trans project to improve the overpass. If you haven't been down to the circle, it's worth a drive by.


* ... YOUNG DOC: Michele Newell wrote to sing the praises of her nephew, Jon Witcher, former valedictorian at Centennial High School. The son of Bob and Caryl Witcher, he will be graduating in June with a Ph.D. in Engineering and Applied Science from UC Davis. He attended the University of Arizona where he received his bachelor’s in Electrical Engineering and  then transferred to UC Davis where he earned his master’s.  "Not only will he become Dr. Witcher in 2011, he will also gain a wife! In October, he will marry Jasmyn Pangilinan, a graduate of BHS and daughter to Florencio and Nenette. Florencio is a local physician here in Bakersfield. Our family could not be more proud!" she said.

* ... UCLA BOUND: Another local high school senior, Daniel Kinder, is headed to UCLA to study neuroscience. What makes this particularly appealing is that Daniel, who attends Liberty High, will be able to part of research for a cancer that has struck his own father. "On May 18, 2010 my father was diagnosed with a brain tumor that was eventually deemed cancerous. My major will allow me to be part of the research for cancer at the UCLA Medical School campus." Congratulations, Daniel.

* .. BAKERSFIELDISM: You know  you may be from "old Oildale" if you remember Art 'D Que's Drive-in on the corner of North Chester and Justine Street, where Winchell's now stands. Thanks to Clete Harper for this little nugget.
Posted by Richard Beene at 1:10 PM