* ... JAY LENO: The "Tonight Show" host, remarking on how former Gov. Arnold  Schwarzenegger's mistress was discovered  in Bakersfield, takes this shot at our town: "Neighbors got suspicious when they learned it was the only house on the block not manufacturing meth." This is the kind of publicity we don't need. 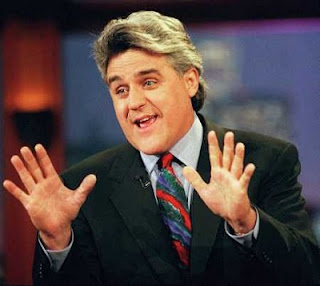 * ... WEEKEND: Outside of barbs from late-night talk show hosts, the real Bakersfield could be experienced anywhere about town this weekend when our community enjoyed mild days in what has turned out to be a splendid spring. Perfect weather for eating outside, grilling, waking or running on the bike trail or enjoying our parks. I ended up in Glennville Saturday and the creeks were swollen bank to bank and the wildlife was out in abundance, along with the snakes. One friend spotted five snakes on his daily run out towards Enos Lane. Spring forward a couple months and we will miss these days. 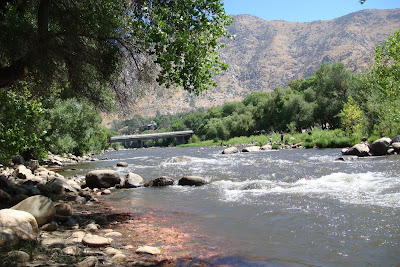 * ... MEMORY: Perry Whealy wrote to share a memory of his family, who lived on Rosedale Highway in Greenacres when it was a two-lane country road. "During the summer, my mother would take us to swim in the Kern River. We parked on the northwest side of the 24th Street bridge. On the north side of the bridge, a cement company operated a dredge that extended on a cable across the river from the northeast side. The dredge would scoop up sand from the river bottom leaving about an eight-foot hole where we would swim until the dredge slid down the cable again. It was cold, fun and it was free. Then on Friday evenings for one dollar, we would watch a movie at the 99 Drive In Theater located on Pierce Road. This is where I saw the movies High Noon and The African Queen."

* ... OVERHEARD: That new construction out near P.F. Chang's China Bistro on Stockdale Highway is apparently getting ready for a Eureka Burger and a new Chipotle, all good news for those folks in the Southwest.

* ... BAKERSFIELDISM: From reader Craig Holland: You may be a Bakersfield old-timer "if you remember bowling at Paola's on Mount Vernon and ordering a vanilla cream Coke."