Mick Fleetwood is a Formula 1 racing fan: who knew? And responding to a nasty email

* ... HOME TOWN: Received a sharply worded note from a reader, anonymous of course, accusing me of ignoring our community's many problems while promoting the children of my "rich friends." Huh? For the record: I don't know the lion's share of the successful kids I write about, and I am more than happy to share their stories when they come across my desk. As for Bakersfield, I am more aware than most of the very serious issues facing our community (illiteracy, poverty, crime, bad air etc) and I do address those issues from time to time. But I also try not to dwell on the negative. We all have a choice: wake up and embrace the good that surrounds us, and there is certainly plenty of that in our community, or be imprisoned in the darkness of the negative. I choose the former.

* ... RETIREMENT: Hats off to Delani Bair, who is retiring after 43 years of teaching first, second and third grades, most of it in the Panama-Buena Vista School District. Bair arrived at Stockdale Elementary in 1985 and her class has participated in the school's insect-themed spring play every year. What's next? It's all about the grand children, including a new one due in October to her daughter in Ohio.

* ... MICK'S VISIT: It turns out legendary rocker Mick Fleetwood was in Bakersfield this past weekend because he's a big Formula 1 race face. Fleetwood, co-founder of Fleetwood Mac, stayed at the downtown Padre Hotel for three days to attend a Formula 1 gathering out at the Buttonwillow Raceway Park. 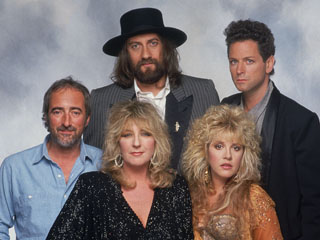 * ... OIL MOMUMENT: Reader Judi Anderson Gahagan wrote to praise the new Oil Worker Monument in Taft, saying it was well worth the drive. "Pack a picnic lunch and take a drive to Taft. It's worth seeing," she said. The monument-park is located on the corner of 6th Street and Supply Row Road. Make it a full day by also taking in the West Kern Oil Museum. 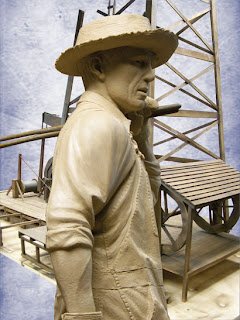 * ... CHILDREN'S BOOK: Nice to hear that Shirley Castro, a retired Beardsley School District teacher now living at the beach,  is writing a book along with her son, Christopher. The book, "Stelly and the Stickey Gooey Taffy," is out now. Shirley will be at Russo's on June 4 for a book signing. Christopher went through the Norris School District and graduated from Garces Memorial High and later Cal State Bakersfield. He is now a licensed marriage and family therapist and works for Contra Costa County as a mental health technician.

* ... ART D'CEW'S: Reader Jeff Tuculet wrote to correct the spelling of a long closed soda shop on North Chester. "You and Clete Harper should be ashamed of yourselves. Clete and I are classmates, North High 1958. Spent many nights eating burgers, fries and cherry Cokes at Art D'Cew's at 1509 North Chester Avenue. Never heard of Art D'Que's. Tongue planed firmly in cheek."

* ... LONG GONE: Dr. Bob Smith, a retired endodontist and avid cyclist, says you have been around a long time if you remember the general merchandise store Sackett and Peters at the corner of Wible and Wilson roads.
Posted by Richard Beene at 1:18 PM

I sure do remember Sackett and Peters, and I'm only (heh) 41. Does Dr. Smith remember the Larsen's drive-thru dairy store just down Wible? That's where we got our milk after we no longer had it delivered to our doorstep in glass bottles with foil and cardboard caps.

Oh, Mr. Beane, just suck it up when people accuse you of pandering to the rich. It's the price of having a column to be accused of such petty things, whether true or not. It comes with the (big) paycheck of a CEO/blogger/columnist. Don't defend; it looks overly sensitive and silly when this column is supposed to be a happy place. Relax. Have another glass of wine. See the positive side...no doubt you've got millions more in the bank and stock market than the jealous writer has. Laugh your way to the bank, so to speak.