* ...  SOUND ADVICE: Pete Wonderly is a thoughtful and articulate friend, and he agreed to share his response to a new report noting that if the San Joaquin Valley were a state, it would vie for last place on a human condition index with West Virginia. His suggestion to some of our young people?
* "Stop having unprotected premarital sex and inflicting upon society the inevitable unwanted children, one after the other.
*  "Stop indulging in controlled substances and thereby killing your brain cells, which you can ill-afford.
* "Start actually taking your studies in school seriously and stop acting as though you have a million dollar inheritance just waiting for you to turn 18 years-old.
* "Get a part-time job so you'll have money to buy your own luxuries and to limit the amount of unsupervised free time at your disposal.
* "Get used to following rules – it’s the glue that holds society together, and if you become one of those individuals whom just can’t get the hang of it, you’ll wind up in prison where there are – wait for it…even MORE rules.


* ... URNER'S: The folks over at Urner's Appliance Center never seem to shy away from pitching in for a good cause. And they will be doing it again Wednesday when they will be donating about $25,000 of new furniture for the new transition dormitory at Teen Challenge. This will happen at the women’s campus on E. Roberts Lane. In April, Urner's donated 135 Tempur Pedic mattresses and bedding items to Teen Challenge at a value of more than $200,000. Yet another reason to support these located businesses who do so much for our community.

* .... SPOTTED: Flipping through Fortune magazine the other day and ran across a picture of Steve Ruggenberg, the former head of Golden Empire Transit who left town more than a decade ago to pursue his love of cooking. Ruggenberg is now teaching at the Culinary Institute of America in the Napa Valley. His picture, in full chef regalia, accompanied a story on the popularity of cooking schools  across the country. 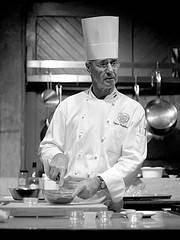 * ... SICK BAY: Learned the other day that Jeff Simpson, one of the owners of the popular deli Sequoia Sandwich Co., has been diagnosed with Valley Fever.  Jeff also told me he had a brief bout with whooping cough but that is now under control. A fitness buff and avid cyclist, Jeff said he hopes to be back on his bike in a matter of weeks. Sequoia is one of those locally owned companies that is always generous to charities and other good causes. 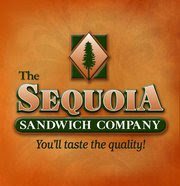 * ... OILDALE: One of my steady correspondents is Geraldine "Geri" Sproul, who wrote to share some of her memories of Oildale back in the day. "The block north of Sudd's Hardware Store (corner of North Chester and Washington Avenue) was Red's Cigar Store and service station. My uncle was running the station at that time and came by one day to bring me something special: Bubble Gum!... Across the street and half block south was the Alma Mae dress shop. Frances Sullivan bought it and what a wonderful shop it was. Women from all over the area came to shop there. Oh what memories we have!"

* ... ACHIEVER: Jeff Miller is 17 years old, carries a 4.16 GPA at Centennial High School and is one of 150 youngsters attending the Juvenile Diabetes Research Foundation's Children's Congress in Washington, D.C. Turns out Jeff's Centennial High team was the leading school fund raiser in Bakersfield's 2010 JDRF Walk. According to proud dad Bill Miller, Jeff hopes to become and endocrinologist, a position where he can help others with Type 1 diabetes.
Posted by Richard Beene at 10:37 AM

Sullivan's is greatly missed. The shop is now an eye sore (along with many others) blighting North Chester.

Sorry to hear about Jeff, hope he is back out with us soon! As far as Peters advice, I think young people's parents might need these lessens. But as a whole to lump our Cities problems on the youth is "childish" and short sighted. To quote the Who, "the kids are alright"!
:)