* ... CSUB: Had a chance to spend some time with CSUB Athletic Director Jeff Konya last Friday, interviewing him on Californian Radio SmartTalk 1230. Among his revelations: The Icardo Center is getting a new removable floor painted a bold blue (think Boise State) and is in for more upgrades as more basketball games move back to campus. Also, expect to see more uniformity in logos and uniforms among all the sports teams. In a few years, the teams will be sporting a bold new CSUB yellow-gold at home games. Also, lots of positive buzz about the eight recruits that new basketball Coach Rod Barnes is bringing to campus.

* ... WOMEN'S SOCCER: Speaking of sports, it doesn't get more exciting than watching the United States' women's soccer team beat Brazil in the World Cup Sunday. An amazing game on any level that ended in a dramatic shootout. 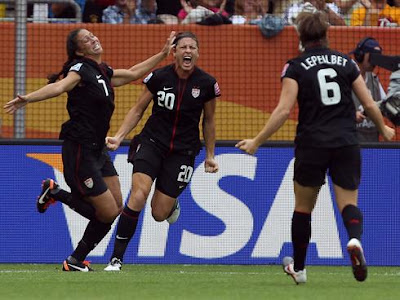 * ... PATRIOTISM: Reader Glen Worrell said his patriotism was challenged after he wrote that he was flying an American flag that was made in China. Turns out Worrell is a retired Coast Guard commander, rarely leaves the house without an American flag pin and loves his country as we all do. Worrell reminds us that patriotism is not determined by a flag manufacturer, but by what is in one's heart.

* ... MEMORIES: Correspondent Geraldine Sproul wrote with some memories of old 18th Street, including the Masonic Temple. "Many people don't know this but during World War II the basement of the temple was a bomb shelter and they spotted planes on the roof... The Woman's Club further west on the corner on the north side of 18th Street is about a year older than the Masonic Temple. As a teenager I danced by way through life in the basement of the temple."

* ... ACHIEVER: Hats off to Chelsea Dunlap, a local product who just graduated from UCLA with a major in English and a minor in anthropology. Her grandfather, Leland R. Luttrell, told me that Chelsea has accepted a one-year contract as an English teacher in Otsu, Japan, which is close to Bakersfield's sister city of Wakayama City. She is a graduate of Highland High School where she was active in the band and served as senior class president. Her parents are Bob and Susan Dunlap.

* ... MEMORY: Ruth E. Overton wrote to recall a large mural that was painted on the side of a business just off Mount Vernon south of Niles Street. It was painted by Nick Paola. Anyone remember this? It would have been in the late 1950s.

* ... BAKERSFIELDISM: Robert E. Holland writes that you might be a Bakersfield old timer if you remember driving down Truxtun Avenue "on a hot summer night with the windows down and smelling the wonderful aroma of bread baking at the Golden Crust and Sunbean bakeries."
Posted by Richard Beene at 11:33 AM

That intersection where Nick Paola's mural was painted was called Nile Point. My grandfather, Ray Lewis, worked with Paola on the painting of the mural in the 1950's. In about 1974 when I was a young painting contractor, I covered that mural when I painted the exterior of the apartment complex for the purchaser of the property. Many people stopped by while is doing the work, protesting that I had destroyed a Bakersfield icon. In retrospect, I think I had!