* ... MCCARTHY: The New York Times magazine will publish a long feature on House Majority Whip Kevin McCarthy this Sunday. The overall tone is favorable as it describes the Bakersfield Republican's task of bringing together the extremes of the Republican Party, from the freshman Tea Party members to the old guard. McCarthy sleeps on a sofa in his office and organizes regular "listening sessions" with new members to go over issues and differences within the  GOP. Wrote author reporter Robert Draper: "The job of House Republican majority whip — which is to gather sufficient votes to pass the party’s agenda on the House floor — would seem, at first blush, inappropriate for someone who is approximately as menacing as a summer-camp counselor. The word “whip” implies coercion and brings to mind the dark, backroom persuasions of Tom DeLay, known as the Hammer (who, truthfully, was never that much of a knuckle-breaker, though apparently he loved having that reputation). In the end, there’s only so much control House leaders can exert over a congressman who answers to voters back home. Whips tend to recognize this and, at least in recent years, have relied more on cajoling than threats. McCarthy, who is 46, represents the affable extreme of this philosophy. In his sunny view, “A conference united around policies creates better legislation than using intimidation.” (photo courtesy of The New York Times) 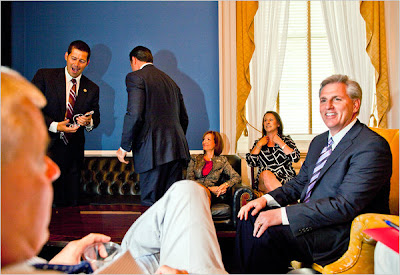 * ... OLD GLORY: If you are looking to purchase a new American flag, you may want to consider one that has flown over the USS Arizona memorial at Pearl Harbor. Revenue raised from these flag purchases go to keeping up the memorial and honoring those sailors who lost their lives when the ship went down during the Japanese surprise attack. Reader Dorothy Meert said her family has been buying the flags for years. The phone number if (808) 422-2121 at the Fleet Reserve Association at Pearl Harbor. 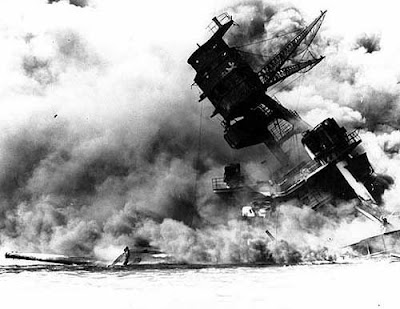 * ... BIOLA: Former Assemblyman Trice Harvey wrote to say that former Stockdale High softball standout Lyndsie Roberts just graduated from Biola College after four outstanding years on the softball team. "This year she set a school record for home runs in one season at 12 and had 10 doubles," he said. "Bakersfield has developed some fine lady athletes over the yeares and my friend Lyndsie Roberts is one of them!"

* ... NICK PAOLA: More memories of Nick Paola. Reader Lynda Pennington wrote to say he was the brother of Pat Paola, who built the bowling alley (Paola's Bowling Alley),  which included Freddie's Top of the Hill restaurant. "There also were banquet rooms... the Caribbean Room, Jamaican Room and a third one I can't remember. My wedding reception was in the Caribbean Room in 1961. Pat was a general contractor and built lots of home in the East Niles area and Nick was a commercial painter who also did lots of landscapes."

* ... BAKERSFIELDISM: Coral Poole-Clark wrote to submit her own memory of our community. "I am surprised that no one has ever mentioned the Eskimo Freeze that used to be located on H Street just south of the railroad tracks across from the Harvey Auditorium in the late 1940s or early 1950s," she said. "It was shaped kind of like an igloo and was white with two peaks on top. You could get chocolate and vanilla soft freeze cones there. Often when my mother and I would drive home from downtown, we would stop and I would get out of the car and order, 'One chocolate, one vanilla, 10 cent cones.' And those were double scoops then!"
Posted by Richard Beene at 12:54 PM