* ... CARMEGGEDON: Remember that a 10-mile stretch of the 405 Freeway in Los Angeles will be closed this weekend, creating the mother of all traffic nightmares they are calling "Carmeggdon." It will be closed at Mulholland Drive at midnight Friday and not open until Monday morning, so avoid it at all costs. Good time to stay out of LA or use Meadows Field if you are leaving town. 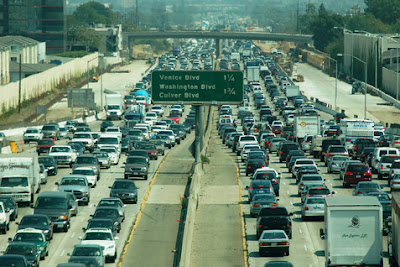 * ... JOHNNY MATHIS: The upcoming Johnny Mathis concert is being billed as his "first-ever" appearance  in Bakersfield, but Margaret Self says that's in error. "He performed at the Civic Auditorium on October 18, 1963, along with the 25-piece orchestra of Sy Zentner," she said. She said Johnny was 28 years old at the time and tickets were priced from $2.50 to $3.50. "My husband, the late attorney Robert Self, was program chair for the Westchester Kiwanis and they sponsored the show. All proceeds went to benefit Kiwanis philanthropies." Johnny will be at the Fox Theater on Thursday, September 22. 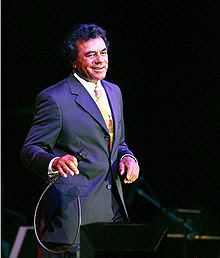 * ... SPOTTED: Carl Cole, part of the Crisp and Cole real estate company that came to epitomize fraud and recklessness in the real estate bubble, was spotted working at the Brooks Brothers outlet in Camarillo.


* ... ALZHEIMER'S: The local Alzheimer's Association of Kern County is planning a walk to raise money to end this dreaded illness. Carol Hatton, CEO  of Continuum Senior Care Management, said the walk is planned for September 10 art the Park at River Walk. "It was we Americans who came up with a vaccine that stopped polio," she said. "Let's get rid of Alzheimer's!"

* ... STORM DRIAN: Reader Cliff Harmel sent me a picture of a storm drain located near the intersection of San Pablo and Vassar streets in the northeast. Stamped on the drain it reads: "City of Bakersfield, Storm Drian, Public Works." That's correct, drain is spelled "drian." Said Harmel: "I pass the spot now and then when I walk my dogs ... I like to think the cover was manufactured and stamped in Fresno!"

* ... BAKERSFIELDISM: A particularly relevant contribution from reader B.W. Bank: You know you're from Bakersfield "when 98 degrees is considered a cooling trend."
Posted by Richard Beene at 4:18 AM

Please be aware that two Bakersfield sportsmen are participating in the World Masters Athletics Championships this week in Sacramento. Cameron Bolles (45-49) will compete in the discus. Ralph Fruguglietti (Frugatti's) will also compete in the discus (55-59). Each gentleman is ranked #1 in their age division.

PS...Cameron Bolles won his division in the discus at the World Masters Athletic Championship in Sacramento on Tuesday, July 12. Ralph Fruguglietti is competing Wednesday, July 13.