* ... 24th STREET: The long-awaited plan to widen 24th Street through downtown is moving along through the environmental process but it still a few years off from breaking ground. That's the word from City Manager Alan Tandy, who said he expected everything to be ready for construction by the end of 2013 or early 2014. The project will run from about the 24th Street Cafe all the way to Sillect Avenue. The street will be widened to handle three lanes in each direction. Meanwhile, Tandy said the project to build an overpass on Truxtun Extension to provide access to the Westside Parkway is slightly behind schedule because of the swollen river this summer. And speaking of the river, Tandy also reiterated the city's pledge to fight to gain control of water rights to keep river flowing in the Kern almost year round, although that is a fight that will be tied up in the courts for years. 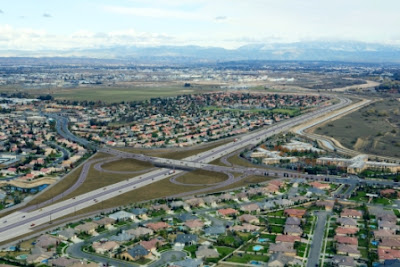 * ... SIDEWALKS: Gilbert Gia is one of our local historians who has amassed an impressive amount of data on the history of Bakersfield and Kern County. He shared with me his history of local sidewalks and street paving, and how you can date the ages of the sidewalks and streets from the contractor stamps. Tge first sidewalks were built in the late 1800s and by the early 1900s streets and sidewalks were being erected downtown and in the old Baker Street business district. Next time you take a stroll, check out the stamps from long-gone contractors like A. Klingenberg (1915), Valley Construction (around 1920), Thompson Brothers (1912), Worswick Street Paving Co. (1916) and Dean and Strobe, among the many others.

* ... SHERYL CROW: The Sheryl Crow concert at the Fox Theater was a sell out last week, and at 49 years of age the singer certainly knows how to wow a crowd. Crow mentioned the Padre Hotel five times during the show - that elicited a huge smile from Padre owner Brett Miller who was taking in the show along with wife Kelli - and Crow also shared that she took in the antique store across from the hotel. 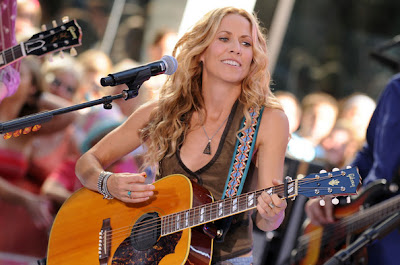 * ... FRAUD: Credit card fraud seems to run rampant these days. Just in the past week, three friends have told me about fraudulent purchases showing up on their credit cards. Then, in the span of 72 hours, I had two credit cards and my bank ATM card compromised. Almost all the fraudulent charges were made in central and south Florida, everything from a Winn-Dixie supermarket in Orlando to a $1,230 charge at Men's Warehouse. Banks are adept at spotting these charges but for your own protection, keep an eye on your bank statements.

* ... BAKERSFIELDISM: Eleanor Grant remembers when she attended the Lowell School on H Street, where St. Francis church is now, and the circus train would come to town. The performers and animals would get off the train at the Santa Fe Depot and parade down Truxtun Avenue to their performance location while the teachers and students watched.

* ... WHO KNEW? Did you know that China Grade, the paved road to the bluffs and Panorama Drive, was originally a trail used by Chinese residents during the 1870s? It is said they used it to get to the Kern River bank in search of watercress.

I didn't know Sheryl Crow's concert was outside, I thought it was inside the Fox.

That is a file photo from another concert

Interesting about the bank ATM card. Happened to us about a month ago. If it was KSFCU we think their security was compromised during a recent changeover. Investigate? ChefCheyanne