Will Rubio and Florez square off in the 21st Congressional District? Stay tuned.

* ... RUBIO'S MOVE: Keep your eye on the newly created 21st Congressional District where we may be treated to a clash between state Sen. Michael Rubio and his friend and mentor, former state Sen. Dean Florez. Rubio is a rising star with an uncanny ability to raise money and work both sides of the aisle. A Democrat, he casts himself as a politician who puts problem solving and real issues over party loyalty, and likes to note he was the lone Democrat on the Board of Supervisors but thrived nonetheless. Florez, of course, is a veteran politico (also a Democrat) who was termed out in the state Legislature. Rubio is in the race. Florez is interested, but has yet to announce. (file photos of Rubio (top) and Florez) 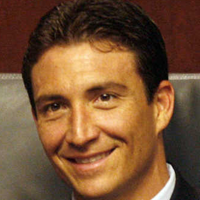 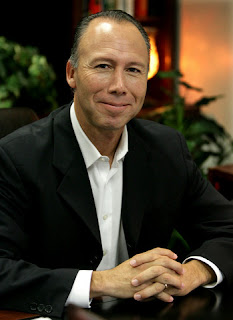 * ... VALENTINE: Barbara Teach is originially from Virginia but moved to Bakersfield when her husband landed a job with the Comprehensive Blood and Cancer Center. They had planned to be here just a couple of years, but like many of us, now call Bakersfield home. Here's her valentine to Kern County: "I am writing because 'you know you are IN Bakersfield' when the people around you are so genuine. My husband, Randy, passed away suddenly four months ago from a heart attack, and this community is still asking, praying, cooking, calling, texting, mailing cards and offering so much support for my kids and me. Even people who didn't know him, or us. Bako friends just checking in on us. So although we are not 'from' Bakersfield, friends here have carried the hospitality torch in true Bakersfield style and touched our lives as if we were one of their own. I am truly grateful and blessed to be here."

* ... MIKE ELLISON: Charles Conner, retired manager Kern County Office of Emergency Services, wrote to remember James "Mike" Ellison, who died recently.  Conner worked with Ellison when he lived in Kern County and described him as "straightforward, untied (literally), upfront, transparent; what you saw is what you got. Unfortunately, this did not serve him well during his brief tenure as County Animal Control Manager. The last time I spoke with Mike he was Public Safety Director of San Miguel , California . He was an exceptional breed and truly an overall great guy."

* ... SUGAR ANGELS: A group of young girls out at Seven Oaks have spent the summer earning a valuable lesson in giving back. Sisters Katherine, Julianna and Caroline Morton, joined by friends Annie Stone and Kylie Minor, have been selling cookies and baked goods in their neighborhood to benefit the St. Vincent de Paul Homeless Shelter. Last week they raised $807.95. Hats off to these girls, who have branded themselves the "Sugar Coated Angels."

* ... WOOD BOATS: Most people know Arnie Johnson as president and CEO of Holloway Gypsum Mining Co., but his real passion is restoring classic wooden boats. For the past 25 years, he has been restoring the magnificent mahogany runabouts built by the likes of Chris-Craft and Gar-Wood. (In fact he owns a 1932 and 1936 Gar-Wood) In the recent Lake Tahoe Concours d'Elegance, he took first place in his 1936 18-foot runabout.

* ... BAKERSFIELDISM: Riley Parker writes that you may be a Bakersfield old timer if you remember when "Lakeview Avenue (now Martin Luther King Jr. Blvd.) was a dirt road south of Virginia Street to Cottonwood Road."
Posted by Richard Beene at 12:16 PM