* ... BCHS: Big changes over at Bakersfield Christian High School where Stephen Dinger has been named interim president and chief administrator, replacing Daniel Cole. The board expressed its appreciation for Cole's years of service but gave no other details on why he was leaving. For the past few years Dinger has served as superintendent of St. John's Lutheran Church and School. While at St. John's the school was recognized as a Blue Ribbon campus. Bakersfield Christian's roots go back to 1979 when it began as a K-12 school affiliated with a local church. Back in 2002 the school purchased 50 acres at the corner of Stockdale Highway and Allen Road, on which it built an impressive campus. 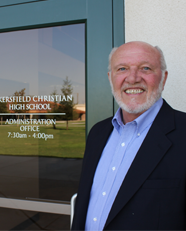 * ... 100 CANDLES:  Sending special birthday wishes out to Edna Harp, who will turn 100 this Saturday (September 24.) Edna spent most of her life in Delano and lived independently until about six months ago. Her grand daughter, Jana Furman, said there will be a special lunch at Hungry Hunter. Edna already has received a congratualtory letter from the White House. "You should join us for lunch so you can meet her and watch her waltz! Have you ever been to a birthday party for someone who is 100?"  Jana asked. Happy birthday, Edna.

* ... MEMORIAL: Kudos to the folks over at Memorial Hospital, which was just recognized as one of the nation's best performing hospitals. There are lots of ratings lists, but I am told this recognition by the Joint Commission is the real deal and in fact is the first time the commission has listed the nation's top performing hospitals. The commission cited 450 hospitals in 45 states with outstanding performance. Chandler Regional Medical Center in Arizona, like Memorial a Catholic Heathcare West Hospital, also made the list. 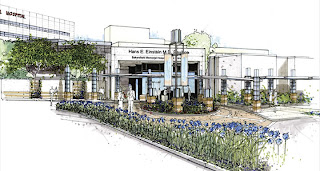 * ... MARINE: My spirits were lifted when I received this note from Delano resident Joan Collins. "My nephew (Corporal John Klein) is a Marine stationed in Camp Pendleton and was driving home to Folsom, Ca., on Sept. 3 and had car trouble in Bakersfield. He had his 2-year-old son with him. He stopped at Pep Boys and while there Jose Correa and Hermek (?) Dhaliwal worked on his car and got him back on the road. Our thanks go to Mr. Erick Dyer who paid the bill. John arrived safely at his mom's house to celebrate his birthday."
* ... TRIATHLETE: Richard Meyer is one of those guys who seems to defy the laws of aging. At 59, Meyer is one of our area's most consistent and successful triathletes. According to his training partner Mike Toland, himself a gifted athlete, Meyer competed in the USA Triathlon Age Group National Championships, Olympic Distance in Burlington, Vermont, and qualified for the 2012 World Age Group Championships on Team USA in New Zealand. "Richard and I have been chasing each other over California’s tri courses for over 20 years and it always a pleasure and a challenge when we participate in the same race. He is exemplary as an athlete and as a person," Toland said. Meyer is president of Meyer Civil Engineering, Inc
* ... REUNION: There is a reunion luncheon of the American Business Women's Association Pacesetter chapter. The group is trying to find past and current members to attend the event, planned for Saturday, October 29, at the Hilton Garden Inn. If you are interested in attending, email the group at bksfldpacesetters@gmail.com. The group raises money to provide scholarships to women attending either Bakersfield College or Cal State Bakersfield. Call Sandy Paglia at (661) 304-4207 with further questions.
* ... BAKERSFIELDISM: You know you're from Bakersfield when you move away and "instead of missing people, you miss Smith's Bakery and Pyrenees Bread."

Posted by Richard Beene at 2:37 PM