Big banks impose fees for ATMs, more reports of credit card fraud and get ready for another First Friday in downtown Bakersfield

* ... BANKS: Are you getting the feeling that our nation's major banks just want us to go away? Bank of America's decision to charge $5 a month to use our ATM cards has ignited a storm of controversy, as it should. Wasn't it a short time ago when they encouraged us to use the ATM machines so we wouldn't bother the tellers in the lobby? Now comes this: Golden 1 Credit Union says it does not charge a
fee for using debit cards - and has no plans to - and it also has a free checking account with no minimum balance requirement. Expect more counter marketing from more credit unions and smaller banks. Seems worth checking out. 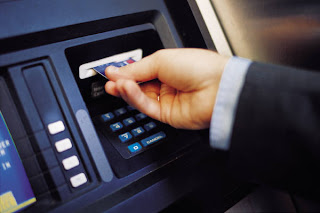 * ... FIRST FRIDAY: It's time for another First Friday downtown and the weather promises to be spectacular. I am always surprised by how many of my Northwest or Southwest friends have yet to attend a First Friday, because they are missing something special. Our downtown arts district sparkles, and it's always a good opportunity to dine at one of our many locally owned eateries. And don't miss the new show at The Metro Galleries on 19th Street, where owner Don Martin always puts on a "must attend" event.

* ... FRAUD: Donna Nulton is among the growing list of local folks who have seen their credit cards hacked. In her case, it was an $800 charge (plus a $28 processing fee) from a place called Poncho Villa in Marseille, France. Said Donna: "Lucky for me my bank figured out I was not in Marseille." Reader Don Bender was another victim, telling me that his life was "turned upside down in April of this year. I have a huge file at my side including police reports, credit card and bank communications, etc. Our incidents occurred at Targets in the San Fernando Valley and further south. In one incident, the Target cashier allowed the customer to try six to eight different credit cards before using ours. The first ones failed. The financial crimes detail (unit) at Bakersfield Police Department was very helpful."

* ... SPOTTED: Two cases of bad behavior during the walk for Breast Cancer Awareness in downtown Bakersfield on Monday. First, police were allowing the crowd of about 100 people to cross Truxtun at L Street when an impatient driver stuck his head out the window of his pickup and yelled, "my light is green!" Earlier, when the crowd was near the Kern Superintendent of Schools building, a homeless man appeared with his hands raised and screamed "hurray for boobies!" 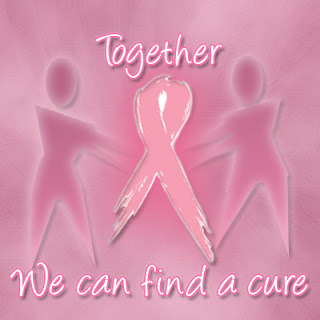 * ... MARE: One non-profit that does so much good to help people with disabilities is MARE (Mastering Abilities Riding Equines). The organization is holding a fund raiser on Saturday, October 22, at the MARE facility out on Johnson Road. It costs $50 for adults and $15 for children under the age of 12. There will be a special equestrian performance featuring a Spanish horse, catered dinner and silent auction. For tickets call (661) 589-1877.

* ... MEMORIAL: Good to hear that this year's Larry Carr Memorial Golf Tournament raised $127,000 for the Children's Medical Center at Memorial. Steve Loyd chaired the event along with a stellar team from fellow members of the Foundation Board of Trustees: Tara Jamieson, Jenny Waguespack, Brooke Antonioni, Ernie Schroeder, Sherrie McMurtrey and Tracy Kiser.

* ... OVERHEARD: This note appeared in my mailbox. In the waiting room at the Truxtun Surgery Center, an extremely obese woman is seen loudly berating a a prominent local surgeon because he would not provide the results of her consultation in the waiting room. She had two grand children in tow and refused - when offered - to bring the kids into the physician's private office. "Everyone in the waiting room was so stunned by her actions," a witness wrote. "Doctors deserve the utmost respect and this woman was beyond rude."
Posted by Richard Beene at 2:34 PM