David Couch to appear on Californian Radio (KERN Radio) on Monday, and Mexico retains its allure

* ... FOURTH DISTRICT: Longtime city councilman David Couch has joined the race for the 4th District seat on the Kern County Board of Supervisors. Couch is one of the more thoughtful members of the council, and along with retiring member Sue Benham and Supervisor Mike Maggard, he wis part of the more progressive and pragmatic group on the council. He joins businessman and attorney Harley Pinson and David Rouw in the race. Couch will be joining me at 9 a.m. Monday when Californian Radio moves to KERN 1180. 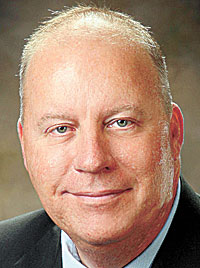 * ... VIVA MEXICO: Just returned from a splendid week on the beach in Mexico. The country is clearly in the grips of a horrific drug war, but its vacation spots remain safe and its legendary customer service is alive and well. Each time I visit our neighbor to the south, I am reminded how much I love the country. 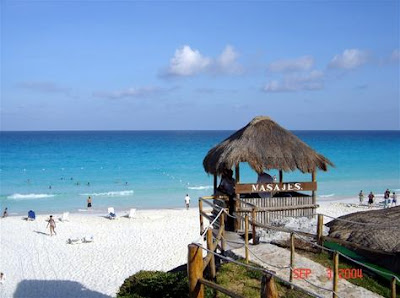 * ... SPOTTED: Young man with teenage girl in tow approaches customers at the downtown car wash. "Excuse me sir but me and my girlfriend and I are at the Tower Hotel with our baby and I need exactly ten dollars or they will kick us out." Minutes later, the couple is spotted near 24th Street counting a huge wad of greenbacks.


* ... BOAT SHOW: Wooden boat enthusiast and expert Arnie Johansen and his wife Jan just got back from the international board meeting and boat show in Lake Geneva, Wisconsin where he was elected to the board of directors. The boat show featured over 120 wooden boats and the convention attendees were treated to tours of five magnificent turn of the century mansions. One of the oldest and largest was the Griffith Estate which was built in1879 and covered 100 acres. Originally built by R.T. Crane founder of the Crane Plumbing Co. When Johansen is not dabbling in classic wooden boats, he is president and CEO of Holloway Gypsum Mining Co.
* ... MEMORY LANE: Bob Hall wrote to share his memories of the old Bakersfield. "Places and things to remember: parking in the center of Truxtun Avenue at Chester, the secret Lockheed plant, the Budge Drive Inn, the Golden Crust bakery, Baxter's Wheel Inn Drive-In, Freddie's steak house on the traffic circle... the Mosrite guitar factory, the Powell truck assembly plant on Union Avenue, Wimpy's Liquor Store, Owen's Toy Store."

"They are prompt, efficient, friendly, and most importantly, they stand by their word. It is good to know that I will be well taken care of when I do business with them!"

* ... BAKERSFIELDISM: You know you're from Bakersfield when you realize summer really isn't over until the Kern County Fair shuts down for the year.
Posted by Richard Beene at 12:10 PM