* ... BANK BACKLASH: I received a handful of tartly worded messages last week defending Bank of America and its plan to impose a debit card fee. I was reminded the fee ($5 a month) will not apply to new or existing customers until July 2012, and will not apply to customers who may other other services with the bank like mortgages. What they didn't mention is that the bank may waive the fee if the customer has a certain level of deposits, perhaps as high as $20,000. Huh? Sorry, but none of this makes me any better. As Sen. Dick Durbin (D-Ill.) told Bank of America customers: "Vote with your feet."

* ... 100 MILES: Hats off to the Kern Wheelmen bicycle club for hosting another successful Spooktacular on Saturday. This 100-mile ride up Breckenridge mountain and the Lion's Trail switchbacks to Walker Basin regularly attracts several hundred cycling enthusiasts, and this year (thanks to the Wheelmen holding the event two weeks earlier) they were treated to absolutely spectacular weather. Among some of the familiar faces I spotted doing the 100 miler were tennis pro Hank Pfister, Tom and Christy Morgan, Gareth Feldstein, Scott Garrison, Jack Skaggs, Tyler Williams,  Brett Bonetti, Wayne Rosenthal, Randy Scholl, Matt Clark, Gregory Riggins, Mike Marotta and Courtland Keith. Speaking of cycling, I will be chatting with the founder of Bike Bakersfield (Robert Smith) and its director Zach Griffin on Monday at 9 a.m. on Californian Radio on KERN 1180. Tune in to hear their plans to encourage more bicycle commuting.
\ 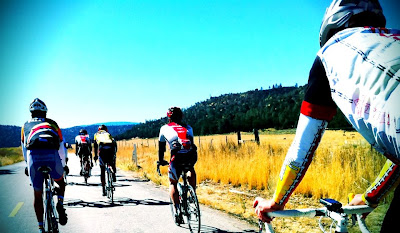 * ... GARCES BBQ: The annual Garces barbeque was held last week and I'm told it was a huge success. This is a "must attend' event on my list but I had a conflict and am sorry I missed it. Mission Bank was the sponsor and the Icardo team was busy cooking Harris Ranch steaks. The crowd included alumni and family: Cathy and John Anspach, Jerry and Irma Cornejo, Bruce and Jane Haupt and the usual clan of Fanucchis. Am told a number of next generation of alumni was also in attendance, including Roger Cappola, Kelly LeBeau, and Oliver Sill.

* ... MORE FRAUD: Alli Duncan dropped me a note to say she too has had her credit cards hacked. And she passed along this advice: "Do you use your card as gas station kiosks? If so, stop! Since I've started using cash or going inside to pay with my card, I haven't had any problems. People are putting devices on these 24-hour kiosks and are able to read your card number. Then, they generate a fake card with your number and someone else's name. Good luck!"

* ... AND MORE: And there is this from Matt C. Clark, a partner at the law firm of Chain, Cohn and Stiles. "My card got stolen too. At least the number did. Bank of America alerted me when someone tried to buy $108 worth of Big Macs at a McDonald's in Upland. Based on my credit history, the bank obviously knows that if I were to buy $108 worth of burgers, it would be at In-n-Out."

* ... OVERHEARD: Three young men talking loudly while getting into a car in the downtown city parking garage. "I didn't steal her car," one man says. "I just stole her car seat, and her weed too."

* ... BAKERSFIELDISM: From Alan Yost: "You know you're an old timer if you were coming off the Grapevine and saw a bright yellow light off in the distance. It was the sign at J's Coffee Shop on White Lane just east of 99 (now a motel)...that was some serious wattage."
Posted by Richard Beene at 11:00 AM