* ... POLITICS: It looks like longtime broadcaster Terry Phillips is getting closer to deciding to run for Congress in the 23rd District against House Majority Whip Kevin McCarthy. A press release said friends are gathering signatures to nominate him and he has created an exploratory committee. Phillips worked for Valley Public Radio and was a former news correspondent for CBS News. On a side note, Phillips spoke to the downtown Rotary Club in 2008 and created a stir when he declined to participate in the flag salute during the Pledge of Allegiance. His explanation - that as an American he can choose to opt out - fell flat with the Rotary crowd. "Can you imagine doing that before a group of conservative Rotarians?" one Rotary member told me. "It was a nightmare. We've never had so many complaints about a speaker." VPR later apologized to the club and Phillips was fired in 2011. We'll see how this plays in the election if he decides to run. Phillips is not a member of any political party and is registered as "decline to state." 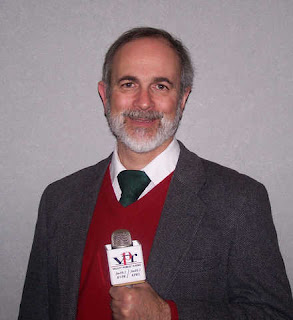 * ... BEAR PASCOE: Dina Ligari dropped me a note to remind me that Kern County was represented when the New York Giants beat the San Francisco 49ers. "The Giant win ...  brings up the issue that I have not read in this paper of the long generational connection to Bakersfield and Kern County of New York Giants No. 86, McKenna 'Bear' Pascoe. .. Bear’s parents Sean and Julie Pascoe were married in Bakersfield and lived much of their newly wed life here before eventually raising their kids on the family lease outside Woody. The Pascoe contingency in this town is very strong. In fact we were surprised there were no Richter scale reports from Sunday right after Bear’s first pro touchdown. The family was whooping and hollering from Bakersfield to Kazakhstan. Needless to say we are all so very proud and love Bear for all his accomplishments…..but will be glad when the Super Bowl is in the bag, cause the calves need to be branded. Life goes on. Go Big Blue!" Pascoe went to high school in Porterville and played for Fresno State before being drafted by the 49ers and later traded to the Giants. 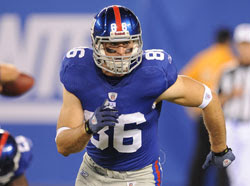 * ... WALMART: Reader Frances Quiroz shared this experience while shopping at the Walmart at East Hills.  "I was shocked when a Walmart employee who was working on 'the floor' was unable to help me because she did not speak English. Are you kidding me? I think anyone who gets paid with American money should at least know the language."

* ... PETS AND SPEEDING: Kristen Bellue lives in one of downtown's charming homes on 21st Street and is pleading with commuters to recognize the 35 mph speed limit. Last week she came home to find her cat dead in the street. As she tried to retrieve the cat, drivers refused to slow and "some disgusting person hit my cat again. He flew through the air and landed in front of my neighbor's house. The sound was horrendous and as you can imagine I was hysterical!" Downtown is one of those areas where there are many indoor-outdoor cats, and Kristen is pleading with drivers to observe the speed limit. "I have even witnessed people passing down the center lane of 21st Street to pass the drivers that are going the speed limit."

* ... ON THE MOVE: Bryan Burrow has joined the Kern Community Foundation as director of non-profit outreach. Burrow earned his MBA from CSUB, where he was a 2010 Alumnus of the Year,  worked for the Bank of America and is a member of the Rotary Club  of Bakersfield. He will report to Foundation President and CEO Jeff Pickering.

It would never occur to me to allow my dog to run loose in the neighborhood. If I did, I wouldn't be at all surprised if he eventually were hit by a car. The car's speed wouldn't be to blame - it would be my irresponsibility. Perhaps if cat owners obeyed animal regulations, fewer of their pets would die.

Walmart- It should be standard that any person receiving American money should know know the language...even if it's the secondary language. Better yet, before you are able to receive any welfare benefits, they need to know English.