James Dean's last autograph came on the Grapevine to a CHP officer, and Cal Radio looks at downtown Bako

* ... JAMES DEAN: Two hours before the great young actor James Dean died in a 1955 car crash he was ticketed for speeding coming down the Grapevine. That little bit of trivia comes from Bakersfield resident Jack Skaggs, a retired California Highway Patrol officer who has a copy of the original ticket. "It was the last time James Dean ever gave his autograph, and it was to a CHP officer," he told me. The ticketing officer was O.D. Hunter, who stopped Dean for going 65 mph in a 55 mph zone. The time was 3:30 p.m. on Friday,  September 30. Two hours later his Porsche 550 Spyder flew off the road near Cholame and he was dead a half an hour later. 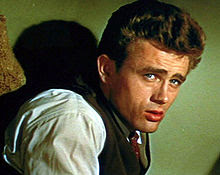 * ... CRABFEST: I stopped by "Crabfest" Friday evening, the annual dinner that raises money for the St. Francis Parish School, and it proved to be another hit. Almost 500 people showed up at the fairgrounds to dine on crab, potatoes, salad and pork ribs and participate in a silent and oral auction. Monsignor Craig Harrison was working the room, encouraging the crowd to open their checkbooks for a good cause. This is one of the most difficult tickets to score on the long list of our community's fund raisers, and the ribs alone are worth the price of admission. Among some of the people I spotted were Kay and Harold Meek, Jim and Beverly Camp, Tracy and Brian Kiser, Jay Rosenlieb, Annalisa and Trevor Townsend, Dan and Miki Hay, Karen Goh and so many others.

* ... CITY LIFE: Behind every great movement are the true believers who make things happen, often against enormous odds. The resurgence of downtown Bakersfield is no different, and on Monday on Californian Radio KERN 1180 I will be talking with two of the change agents who bear a lot of the credit for the downtown renaissance. The first is Donna Kunz, who heads the city's ambitious economic development effort that until recently used redevelopment money to spur renovation and growth. With Donna will be Don Martin, who with little money but a lot of marketing savvy has helped transform parts of downtown from a gritty danger zone to an arts district. Join us at 9 a.m. for a discussion on what the future holds for downtown. 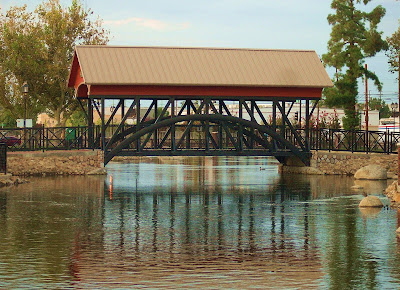 * ... SPOTTED: Man driving a green Dodge Stratus with no plates speeds through a red light on F Street while his small white dog sits on his lap.

* ... CYCLOCROSS: Hats off to Sam Ames and his amazing group of volunteers who put on a successful cyclocross state championship this weekend out at Hart Park. While cyclocross is certainly a niche sport with a small following, the races provided a spectacular venue for spectators to take in some amazing racing. Peter Wonderly provided the "voice" and Hart Park afforded a world class course that challenged even the most fit athletes.

* ... OVERHEARD: A woman telling her friend she hopes that DressBarn's remodel includes a ladies' room.  The woman said she made a sizable purchase  there recently, then asked to use the ladies' room. She was told to go next door to Target. Susan Schwartz, DressBarn's manager, said customers can use a restroom located in the stockroom but it is not clearly marked and is not sure this will change in the remodel.

* ... BAKERFIELDISM: Vincent Bertolucci wrote that you might be a Bakersfield "old-timer if you remember the La Granada Ball Room at the corner of Eye and 16th Streets with music by Bob Sisson's Band during the late 1930s or early 1940s."