* ... SUMMER DREAMS: Remember last summer when a good snow pack helped keep the Kern River flowing through town? There were paddle boarders, kayakers and canoeists up and down the river from Beach Park to the Park at RiverWalk. But don't expect the same thing this year, particularly if we don't get more rain and snow in the mountains. One friend in the water business predicted "we'll have periods of water in the river but it won't be deep enough to paddle board." Keep your fingers crossed for some rain and snow.

* ... SUPERVISOR: Leticia Perez, the former staffer for state Sen. Michael Rubio, has just turned in 3,132 signatures to the Kern County Election's office to get on the ballot for the Fifth District Supervisor race. Rubio told me last week Perez is busy walking the district and he predicted she would defeat her primary rival, Supervisor Karen Goh, who is running for a full term. Perez supporter Linda Fiddler said the signatures "were all collected by friends, relatives and neighbors who have turned out every Saturday and some Sundays since the beginning of the year to visit voters at their doors. Those volunteers rock!" 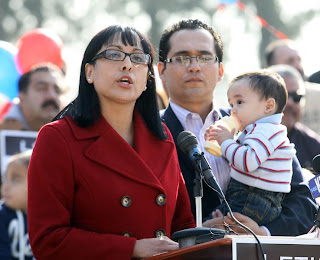 * .... ASHBURN: Speaking of county supervisors, former supervisor and state senator Roy Ashburn is back running for his old First District seat after a drunk driving incident that could have ruined his career. Ashburn will be my guest Monday on Californian Radio on Kern 1180 from 9 a.m. to 10 a.m. Tune it to hear Ashburn lay out his priorities and thoughts, including how forgiving he thinks voters will be after his  DUI arrest and revelation that he is gay. 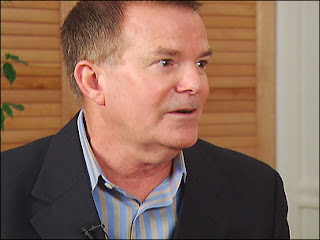 * ... TRASH: From my inbox comes this story on how one man deals with bags of trash dumped on his property. "A friend that has property in the country has trash left along side his road.. When that happens he looks in the bags and usually finds a discarded envelope with an address on it. He then writes a nice note telling the owner that they must have lost this bag and delivers it to their house along with all the trash.  A good way to get it back to the rightful owners!"

* ... MORE TRASH: Yet another reader, Gerhard Schmidt, wonders why whoever dumped the mattress simply didn't look in the telephone book for a number to call (661-326-3114) to have large items hauled away free. "Details are  in the green pages of the phone book. Of course the people who do those things might not be able to read your blog or the phone book."

* ... AIRLINES: The Dutch airline KLM is experimenting with a system that allows passengers to pick their seats by viewing the backgrounds of other passengers using the social networking websites Facebook and LinkedIn. Here's how it works: you can voluntarily link your seat assignment to your Facebook page so other passengers can view your background in case they might want to sit next to you. Sounds a little much to me but let's see if it works.