Boat and RV show is a big hit; a signal of better economic times? And a random act of kindness is offset by bad form

* ... RV SHOW: Apparently the big boat and RV sportsman show out at the Kern County Fairgrounds this past weekend was a huge hit, drawing near record crowds and giving local businessmen a reason to smile. Is this an indication that things are getting better? Are folks feeling more confident about making big-ticket purchases? Let's hope so. 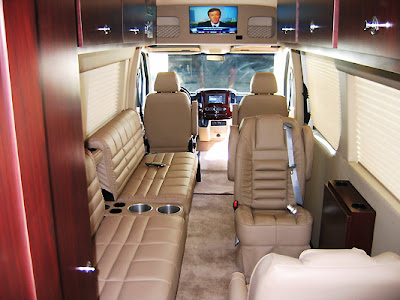 * ... KINDNESS: Marian McBride passes along this random act of kindness. "A few days ago I went to der Wienerschnitzel on Ming Avenue. When I reached the drive-up window the owner was waiting with a big smile.  I thought he was happy to see his most vocal fan of Street Dogs (hot dogs wrapped in bacon and including grilled onions).  Instead, he told me that the customer in front of me had paid for my order.  I asked why and he said she just did a kind thing.  She was driving away (white car), which I didn’t recognize. Perhaps she had seen in her mirror that I am an old lady in an old pickup. Perhaps she heard my old-school ways of thanking people for everything. Those two Street Dogs tasted better than any others ever did. Thank you, unknown lady, for a very sweet, very kind act.

* ... SPOTTED: Meanwhile, not everyone displays such good form in public. Take this example of bad behavior witnessed by Jolie Brouttier: A woman in the Rite Aid parking lot off Gosford Road leans over the driver's seat, opens the passenger door and tosses out a large to-go box, leaving her lit cigarette on top of the trash. "Seeing me catch her in the act and give her a disgusting stare-down, she proceeds to back up and flip ME off, not paying attention to the other cars behind her, nearly causing a collision. From litter bug to unsafe driver, this woman has a lot of class. NOT!"

* ... ASHBURN: I had a chance the other day to catch up with Roy Ashburn, the former supervisor and state senator who had a very public fall from grace two years ago when he was ticketed with a DUI in Sacramento and later revealed he was gay. Ashburn is now running for his old seat as a First District supervisor, along with several other candidates, and no matter what you think of his politics, it was good seeing him emotionally healthy and happy. This is not an endorsement of his candidacy, but rather an endorsement of the concepts of forgiveness and redemption. Ashburn called his arrest and subsequent "coming out" a blessing in that is allowed him to reorder his life. He has been sober for two years. 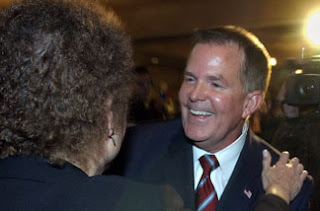 * ... AUTHOR: Niko and Sally Livingston dropped me a note about their son, who has just penned his first children's book. The new author is 26-year-old Stuart Livingston, a graduate of Bakersfield High, Bakersfield College, and Cal State Northridge. He co-authored, and co-illustrated a book that’s received the Kirkus Star for remarkable merit from Kirkus Reviews. It’s a children’s graphic novel titled Explorer:  The Mystery Boxes and features Stuart’s story 'The Soldier’s Daughter.'  Writing and illustrating are sideline projects to his full-time job creating storyboards for the cartoon 'Futurama.'" Congrats to this young man.

* ... OUR HISTORY: In 1896 a Los Angeles company placed regular advertisements in The Californian announcing a cure for "Cancer and Tumors.... No knife or pain. No pay till cured!"