* ... BAD FORM: Sometimes you just can't avoid the stupidity of your fellow man. As in when Warren Rooney was cycling on Round Mountain Road about four miles east of Gordon's Ferry when he experienced an incident that could have left him in the hospital, or worse. "It was a Saturday afternoon when a vehicle came up behind me going 45-50 mph and the passenger slugged me in the back. I could tell that the vehicle was coming close by the sound and so I was inches from the edge of the pavement and they came up next to me within a foot or so. It was an older American made SUV, possibly a late 1980s or early 1990s Chevy Blazer or Suburban. It had an old red-orange paint job that looked like it might have been done at home. The rear license plate was inside the rear window and had reflective plastic between the license plate and window making it difficult to read." This guy should be easy enough to notice around town.


* ... SINGLES: There has been a rash of stories recently on our nation's changing demographics, including statistics that show that fully half of all adults are unmarried and most of them are living alone. And now comes a website devoted to the single life called "QuirkyAlone." The website says it is devoted to people who "enjoy being single (but is not opposed to being in a relationship) and prefer being single to dating for the sake of dating. It’s a mindset. Quirkyalone is not anti-love. It is pro-love. It is not anti-dating. It is anti-compulsory dating."


* ... DRIVERS: Nancy Barnett read my earlier post about an unlicensed driver, who had no insurance, caused an accident and then just drove off before police arrived. She added this:  "At the checkpoints the Bakersfield Police Department hold, if you are driving without a license but you can call someone to come get your car and drive you home, they let you go.  Do the police actually think that person won't get behind the wheel and do this again? It's even more amazing how many people don't keep the registration up to date on their cars!  If it was you or me and our tags were 6 months out of date, we'd be pulled over in a heartbeat and ticketed!"

* ... HEALTH FACTS: Researchers now believe that adopting a diet of fish and other foods rich in omega-3 fatty acids will help your memory as you age. In fact, The Wall Street Journal says some doctors are recommending we eat fish three times a week. And there is this: other research shows that men who are at least six feet tall have a much lower risk of developing heart failure than shorter men. So count yourself lucky if you're tall and enjoy that tilapia a few times a week.


* ... WEILL: One of my favorite and worth-while nonprofit fund raisers is coming up next month when The Weill Child Guidance Foundation will hold its annual wine tasting at the historic Guild House Friday, March 23, from 5:30 p.m. 8 p.m. This is always an interesting evening and a chance to taste some good wines and munch on hors d'oeuvres while touring the beautiful Guild House. The cost is $75 per person. Call Toni Ross at (661) 322-1021, ext. 186 for reservations. Proceeds benefit the Henrietta Weill Memorial Child Guidance Clinic, which has provided mental health services for Kern County children and families for 66 years.

* ... OUR HISTORY: Did you know that John Philip Sousa and his "Sousa's Peerless Band" performed in Bakersfield's Armory Hall on February 26, 1896? The cost for reserved seats? Just $1. 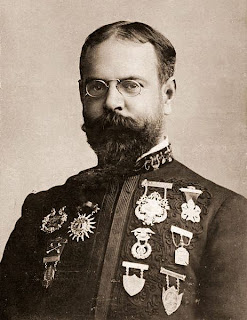 Richard, we so appreciate your honesty, and even voicing things that people hear about ,but don't like to think about[threatening cyclists..] I hope some one spots this guy.That is just so...low...

Thank you!! We appreciate you informing us, even when it is not so pleasant[the threatened cyclist] and I hope some one recognizes him...that is just so..low...