* ... CIOPPINO: One of the signature Bakersfield spring fund raisers was held Saturday night at Monsignor Leddy Hall over at Garces Memorial High School, the always spectacular and fun Cioppino Feed and Live Auction hosted by Bakersfield West Rotary. Featuring "all you can eat" fresh clams, salad and cioppino brimming with shrimp and crab, this event routinely attracts more that 300 people and raises $100,000 or more for some worthy charities. This year's beneficiaries include the Boys and Girls Clubs, the Golden Empire Gleaners, MARE and the Bakersfield West Rotary Foundation. Too many people to list here but among those I spotted were Vernon Varner, Mike Rubiy, Diane and Tom Gordon, county supervisor candidates Harley Pinson and Karen Goh, Harry Starkey, John Fallgatter, Jim Darling, Greg and Mary Bynum, Nancy Olcott, Robin and Pat Paggi, Linda and Bruce Jay, Karen and John Wells, Rick Kreiser and Lori Tovar Stites, and of course West Rotary President Ricki Foster. 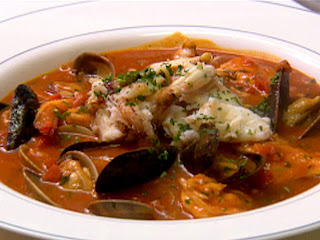 * ... KERO SHAKEUP: Steve McEvoy is out as general manager of KERO TV (channel 23) after 28 years at the station. The move came this week when the new owner of the station, Scripps, terminated McEvoy. Years ago KERO TV was once the local ratings powerhouse but has been lagging behind market leader KGET and KBAK for the past 10 or 15 years. Scripps bought KERO and several other TV stations from McGraw Hill in January. Management changes are not unexpected after a sale of a station. 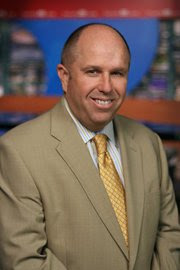 * .... RAVI PATEL: Dr. Ravi Patel, one of the foremost experts on fighting cancer locally and the founder of the Comprehensive Blood and Cancer Center, will be my guest on the Monday edition of Californian Radio on KERN 1180. Patel will be taking on a wide range of topics, including the state of cancer care in Kern County and his own personal story. He will be appearing at 9:30 a..m. 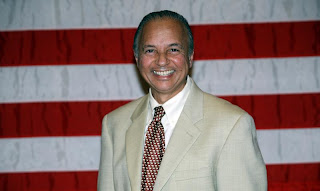 * ... CSUB WRESTLING: You have to hand it to the supporters of the storied Cal State Bakersfield wrestling program: they simply refuse to give up. Faced with the sport being eliminated at the school because of budget cuts, supporters are tireless in their efforts to save the program. The latest fund raiser will be held Tuesday, May 1, at Stockdale Country Club. It is billed as an "Evening with Stephen Neal," the former New England Patriots offensive lineman and two-time world wrestling champion at CSUB. The cost is $75 per ticket. Call (661) 302-4455.

* ... REUNION: Bakersfield is blessed with many long-time families with rich histories, and one of them is the Vincenzo Fanucchi family that is celebrating its 100th anniversary. Barbara (Fanucchi) Crear said the reunion was held this past weekend and featured some 150 family members. Her grandparents, Cristina Banducci and Vincenzo Fanucchi, came from Italy, settled in Bakersfield and were married at St. Francis Church. "They had four children and I am from their youngest child, David Fanucchi (the Garces family.) My grandparents had four children, three boys (Oreste, Edward and my father David) and one daughter, Nellie, who married Joe Lencioni. All of this generation has passed away but between the four families there are about 210 descendants."

* ... ZIPPY: More memories of George Day and Chester the clown from reader Joe Stormont. "The clown was originally called 'The Clown with no name.' They had a contest in which kids viewing the show could write in suggesting a name for the clown. A few weeks of hype went on before the big day in which Chester was picked. Another popular show in the 1960s ws the Webster Webfoot Show which featured a duck puppet and host Jimmy Weldon."

* ... BOMB SHELTERS: Did you know that many local families actually built bomb shelters around the time of the 1963 Cuban missile crisis? Old friend Rick Kreiser told me his father had McCarthy Tank and Steel build one in his College Heights yard, and there were at least two others in his neighborhood.

That is amazing, perhaps we need you to help us in our charitable work as well