* ... PAUL WHITE:  Last year our community lost a great man when longtime educator Paul White died of a massive heart attack while riding his bike up Round Mountain. The popular former principal and administrator at Panama Buena Vista Union School District was just 64 years old and his death shattered his many friends across town. On Saturday, May 12, the second annual Paul White Memorial Ride and Run will be held beginning at 8 a.m. at Yokuts Park. Margaret Scrivano Patteson said the cost is $25 before May 5 and $30 after that. Proceeds go to the Paul White memorial scholarship fund and to the American Heart Association. Contact Margaret at margpatt@sbcglobal.net. 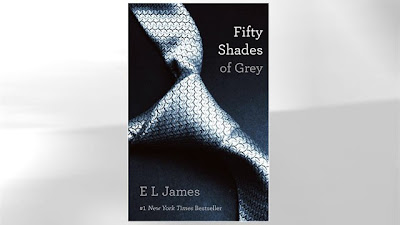 * ... SICK BAY: Mel Atkinson, owner of M.D. Atkinson property management, is at home recuperating after a cycling accident that left him with a broken clavicle. Mel was riding on the bike trail near Truxtun Lake over the weekend when he slammed into an 80-pound pit bull that was loose on the trail. He credits his helmet with preventing even worse injuries. He is now scheduled for surgery with Dr. Chris Hamilton at the Southern California Orthopedic Institute (SCOI). The lesson: keep your dogs on a leash, wear that helmet and keep Chris Hamilton's phone number on your speed dial. (file photo of Mel Atkinson) 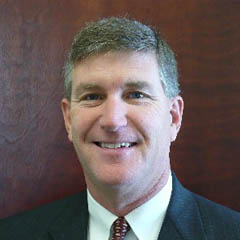 * ... SPOTTED: Jean Park was driving north on Olive Drive last week when the traffic came to a complete stop. In front of her were a mother duck and 10 ducklings crossing Olive Drive. "Hats off to the Varner Trash Company driver who stopped and made for a pleasant scene for a busy Monday morning."

* ... OVERHEARD:  From my friend Janell Graham: "So I ran out of gas earlier and I got three whistles and two fire trucks that went on by. Not 1 asked me if I needed help. Are there any real men left in the world? Sheesh."

* ... EATERY: Todd Karli, news director at KERO TV, was in Cincinnati recently and stopped by the "Bakersfield" restaurant that features country music and walls painted with iconic scenes from our town. "I went there last month, a few weeks after it opened. Good atmosphere with a musical blend of Bakersfield Sound tunes and other country music.  It was a good spot to stop for an appetizer and beverage. The owners were thrilled that a few guys from the real”'Bakersfield visited their restaurant. (photos courtesy of Todd Karli) 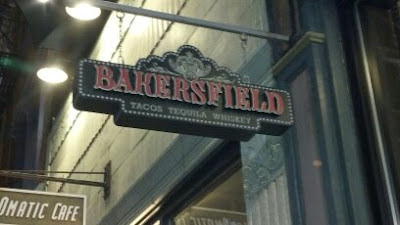 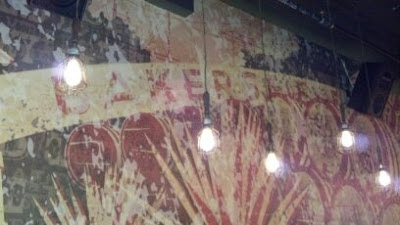 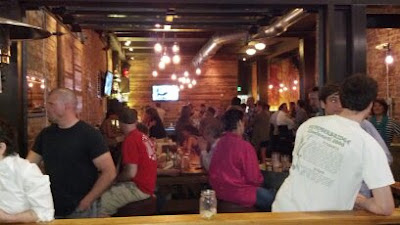 Where can you drive north on Olive Drive?