California Radio will focus on spending and the future of the Golden State, and what's with the Bakersfield police littering our streets?

* ... GOLDEN STATE: What is your view of the future of California? Are we on track to become the next Greece? Will unbridled spending and public pensions spell the end of the promise of the California dream? Join me on Californian Radio KERN 1180 Monday when I will be chatting with David Bynum, an attorney at LeBeau-Thelen, about unfunded pension liabilities and their affect on the state and local governments. I also will be talking with Dr. Raj Patel, a partner in Preferred Family Physicians, about seasonal allergies and what we can all to do deal with them.

* ... GRADUATES: This is the time of year when our children walk across the stages of high schools and colleges in graduation ceremonies that make us all swell with pride. So congratulations to all these graduates and the families that stood behind them in their quests. And special kudos to my own Hannah Beene, who graduated this past week at the University of Michigan, and all those teachers at McAuliffe Elementary, Tevis Junior High and Stockdale High School who guided her along the way. 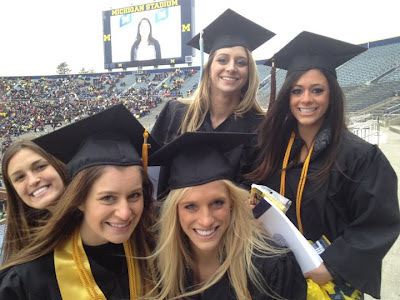 * ... FAN CLUB?: I wrote earlier about trash piling up on the bike trail following the Great American Cleanup, and it triggered this response from reader Kash Berry. "Go pick up the trash yourself you bum...  Don't complain about bags being left out..  complain about the shame that is your excuse for a newspaper and city. And when the Amgen (cycling) tour hits Bakersfield, all that the participants and spectators from out of town will notice is the worst city in California that stinks of bad air and idiotic people. Let the river flow! It might cover up the trash left out." Thanks Kash, but next time try to be more direct.

* ... SPOTTED: Larry A. Fredeen describes himself as a "law and order" guy who has always supported the Bakersfield Police Department. But last week he witnessed some behavior he wanted to share. He was driving south on M Street and fell behind a Bakersfield police unit. At a red light, the officer rolled down the window and dumped a handful of peanut shells out his window, and then repeated it at the next two lights. "I spend hours (as do other good Bakersfield citizens) keeping the area around my home, street and a nearby 'city-owned' alley cleaned up.  (Just ask Harold Hansen, he's aware of my cleaning.)  I keep a trash bag in my vehicles, I never throw anything from them, and empty the debris in a proper trash can.  I have helped out on city clean up days, and the Great American Cleanup etc. I was appalled to view one of Bakersfield's finest littering our downtown streets."

* ... BAKO: Local farmer Dick Porter and wife Becky were in Cincinnati recently when they came upon a downtown restaurant named 'Bakersfield.' Porter described it as "music saloon" which featured Bakersfield landmarks on the walls and a band that plays "outlaw country music." Painted on one wall is the Bakersfield arch and on another wall is the Fox Theater.

* ... NFL: Debby Schipper dropped me a note to add a few more names to the already long list of local athletes who played in the National Football League. "I wanted to remind you of John and Melvin Tarver who played for the Patriots and Broncos respectively. I went to Arvin High School with both of them and wanted to remind you of their achievments in the NFL! Carrying on their tradition, I have heard via Facebook that one of their nephews, Justin Cheadle, just signed with the Kansas City Chiefs. (Cheadle when to Bakersfield High School) What  fabulous family contributions Arvin has made to the NFL!"

* ... BAKERSFIELDISM: Spotted on Facebook was this: You know you're from Bakersfield when the best burger in town comes from a car wash (34th Street Car Wash) and the best bloody Mary is from a bowling alley (Westchester Bowl).

Hey Richard, I substitute at McAuliffe...any certain teachers your daughter wants to thank...I'll relay the message!