New details on the death of Bakersfield cyclist Suzanne Rivera in Turlock ...

Suzanne Rivera, the Bakersfield cyclist killed in a nasty crash during a women's stage race in Mariposa County, apparently hit a support van when she came around a corner in a group. Kerry Ryan, owner of Action Sports, noted she simply may have been on the wrong side of the group of riders and unable to avoid the van, which had stopped to help another cyclist. Read more of the Bakersfield Californian's coverage. 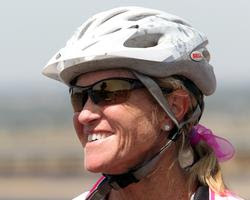 FYI, I believe that the accident occurred in Mariposa, not Turlock