Bako Bits: a scary scene at the downtown Chef's Choice Noodle Bar and lamenting the trash that is commonly strewn about town....

* ... SCARY SCENE: There was a scary scene last Friday at the Chef’s Choice Noodle Bar downtown when a customer became ill, collapsed and fell to the floor. Eloise Higgins said she was asking people to call 911 to help her husband, Bob, when the Noodle Bar owner, Dr. Nick Hansa, came to her aid. "I realized that Dr. Hansa was there as a doctor, not only a restaurant owner. David Coffey, a customer, quickly put his jacket under my husband’s head. I’m sure he prevented a head injury. We would like to thank these three men who cared for my husband until the firemen and Hall Ambulance arrived. The restaurant obviously is the safest and best restaurant downtown!" 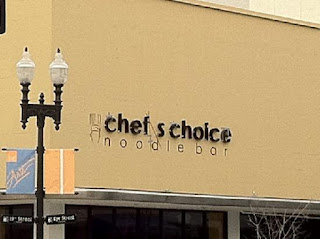 * ... OVERHEARD: A Chevron employee who was recently transferred to Bakersfield telling a friend: "I've lived in a lot of places but never in a city where people leave their trash around like here! They just leave it in the park and walk away."

* ... CHECKED BAGS: If you fly at all, you know what a hassle it is boarding a plane when so many people bring oversized bags to store in the overhead bins. Now the major airlines are studying ways to restrict those larger bags by forcing passengers to pay for bringing any bag on board larger than 10 by 17 by 24 inches. Alaska Airlines already has a gate check policy, meaning that oversized bags are diverted to baggage claims at $25 a pop. 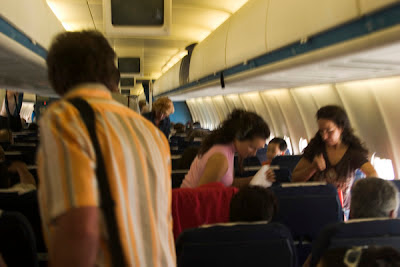 * ... PREFIXES: Steve McClaren is among those who remembers when home phone numbers had prefixes to denote where you lived, and party lines were common. "You could tell by the prefix which part of town the person lived. FA (Fairview) was central Bakersfield, TE (Temple) was south, EM (Empire) was east, and EX (Exchange) was north  (Oildale). There wasn't much west of Oak Street back then but most had the FA. Later these became the beginning of the 322, 833, 366, and 399 prefixes. I think if a person checked they would find that a lot of the telephone company central exchanges are still named Temple, Empire, etc. As technology has changed over the years, it's hard to tell where a person is at unless you are looking at the area code. Then you still can't be sure. ... I am 61 and have lived here all my life with the exception of four years in the Los Angeles area. It is amazing how this town has grown but has retained a lot of the little town feeling."

* ... PEPPERINE: Dave and Tara Rippy said their daughter, Nicole, graduated from Pepperdine School of Law.  She is a product of Castle Elementary, Actis Junior High and West and Bakersfield high schools and later Cal State Bakersfield.

* ... SCHOLARSHIP: Judi Anderson Gahagan dropped me a note to brag about her granddaughter, Amie Lauren Birkes, who was awarded a full scholarship to attend CSUB thanks to the The Gombos Family foundation. Amie graduated from North High School and plans on becoming a special education teacher. While at CSUB she plans to try out for the track team.

* ... DID YOU KNOW? Did you know that 73 percent of the 8,000 CSUB students are first-generation college students and that women outnumber men 60 percent to 40 percent on the campus?

Posted by Richard Beene at 2:18 PM