Voters kill the proposed tobacco tax; does this portend bad things for the twin tax hikes for the November ballot?

* ... TOBACCO TAX: I was surprised that Proposition 29, which would have added a new $1 tax on cigarettes, appears to be losing by a narrow margin. The tobacco lobby threw almost $50 million in misleading ads against the tax, but some experts think a general anti-tax sentiment across the state may have doomed the measure. If that is the case, it spells trouble for the two tax measures that will be on the November ballot to bail out higher education.


* ... NUT FESTIVAL: A group of folks who work hard to improve the image of our community are hoping a "nut festival" will bring Bakersfield some better publicity. It's all the brainchild of Sheryl Barbich and a small group of influential business people who are modeling the "nut festival" after the garlic festival in Gilroy and other successful events. The first Kern County Nut Festival will be held June 14-15, 2013, at the Kern County Museum. Organizers stay the event will feature a number of culinary creations using almonds, pistachios and walnuts, as well as games and activities for kids and adults. It's still being planned, but this could be just the thing our community needs to put Bakersfield in a better light.

* ... JEOPARDY! Alex Trebek has hosted the popular game show "Jeopardy!" for almost 28 years, and there is a lot of speculation on when he might retire. In a recent interview, he dropped the idea that he may just drive up to Taft College to take a few courses. "Learning something new is fun," says Trebek. "When I finish as the host of `Jeopardy!' I'm going to go up to Taft in central California. They have a small college there that teaches you about oil drilling. I'd like to take a course," he says. 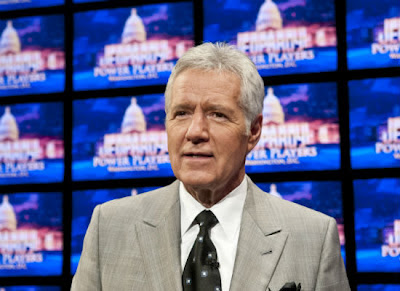 * .... D-DAY: The 68th commemoration of D-Day brought this note from Bonnie Bogle Farrer. "On June 6, 1944,  my father sent me a telegram from 'somewhere in England.'  Six days after D-Day he landed at the Normandy beaches  in France as a major in the American Army. A medical doctor, he cared for both American and German wounded soldiers. Much later, he wrote his war memoirs about those incredible days." 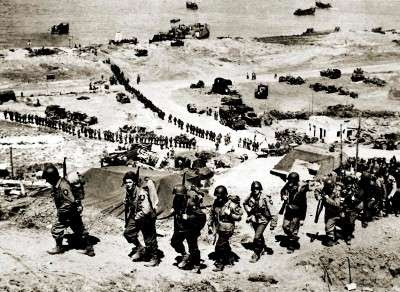 * ... BILL RAY: If you consider yourself handy around the home, or if you aspire to be, head over to Bill Ray Tile on East Brundage on Saturday for a workshop on laying tile. Bill Ray Tile has an incredible selection of tiles around the world, and they will be giving away Dodger tickets and other prizes. Bill Ray is located at 6301 East Brundage and the workshop starts at 11 a.m.


* ... EATERY: The renaissance of downtown Bakersfield continues with the opening of yet another restaurant, this one called Muerto's Kitchen and Lounge in the Wall Street alley just across from Guthrie's Alley Cat.  I stopped by the other day and was impressed by its menu and service (I highly recommend the white wine sangria and machaca tacos). Muerto's is in the space formerly occupied by Azul and the infamous Sud's Tavern in the 1970s and 1980s. It was originally a firehouse in the late 1800s and in fact the back patio area was the stable for the horses that pulled the fire wagons.  Muerto's is owned by Shawna Haddad-Byers, formally of Fishlips. * ... BAD FORM: From Dr. Bill Farr, a physician whose office is near the intersection of Calloway Drive and Brimhall Road: "A teacher from Emerson Junior High dumped all of her class room crap all over the dumpster in my office, missing the dumpster and getting it all over the floor.  The trash (collectors) would not pick it up because it was such a mess. The pupils' grades and reports were scattered all over the ground."

I do suspect that most taxpayers are like myself and will vote against any call for tax increases.

So the "Kern County Nut Festival" will put Bakersfield in a better light? That's just one more (easy) reason for people to make fun of us. Our civic leaders are still living in the 50's and just don't get it.

I wonder if the doctor called Emerson Junior High and complained. I would hope so. What a strange thing for this teacher to do, when one could drive just a little further to Cal State Bakersfield and recycle the materials at the back of campus.