* ... SAFE BANKS: Hats off to the folks over at Valley Republic Bank, which has made a list of the 359 safest banks in America. This is all according to MSN.Com which used a financial analysis called The Texas Ratio to determine which banks are truly the safest. Said the story: "The Texas Ratio was developed by a financial wizard at RBC Capital Markets named Gerard Cassidy, who used it to correctly predict bank failures in Texas during the 1980s recession, and again in New England during the recession of the early 1990s." Valley Republic is the only locally based bank to make the list. Valley Republic was founded in 2008. Bruce Jay currently serves as its president and chief executive officer. 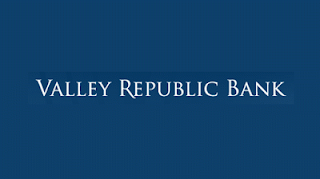 * ... SPOTTED: Craig Holland spotted this seasonal oddity at Brimhall and Jewetta roads: "A large red SUV with two snowboards, complete with boots, attached to the rack on the roof.  In July in Bakersfield?"

* ... MESZAROS: Rob Meszaros, head of communications for Cal State Bakersfield, is leaving the campus to take a similar position with the Kern County Superintendent of Schools. His last day at CSUB will be Aug. 23 and he'll start his new position a few days later.

* ... HAUNTED HOUSE: My earlier post about an imposing old home near Beale Park brought a flood of responses from folks who remember it as a rectory for priests at St. Francis Church while a new church was being built. Steve Merlo grew up across the street from "the house on the hill" on Dracena Street. "When the new church was built and the priests moved out, the old three or four story house remained empty and became a fun house for most of the kids on our bloom.... The house's silhouette was so tall, gloomy and frightening to look at that on one ever ventured there after dark." (file photo of the original St. Francis Church) 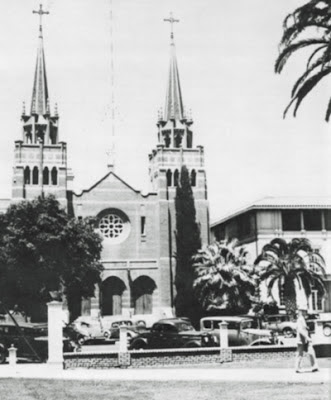 * ... HOUSE: Another reader, Sharon Henderson, grew up on Cypress Street and also remembers the "O'Hare house... As a child I dreamed of being able to live there. I loved that house and passed by it on my way to and from St. Francis school, Beale Park, my best friend's house, and finally, BHS.  After the 1952 earthquake destroyed the lovely St. Francis church downtown, the O'Hare family donated that house to the parish and it was used as the rectory for many years. (I attended St. Francis with Judy O'Hare, her younger sister, Inez, and brother, Mike.)  I have memories of walking to that house from school with my class each December, standing on the sidewalk in front, and singing Christmas carols to the priests."

* ... MORE HOUSE: Lynne Brooks Woodward recalls a slumber party in 1958 when she and her friends went to the house for a late night "exploring mission... I remember climbing inside a window and seeing an old grand piano at the foot of a stairway. The house was otherwise empty. We had heard it used to be a home for the nuns or priests from St. Francis. Anyway- we got spooked and ran back to our party site. What a fun memory to recall!"

* ... JUDGE CLARK: Superior Court Judge Thomas S. Clark went to grade school at St. Francis and remembers that a classmate, Mike O'Hare, lived in the house with his mother and sister. "I don't remember the details as far as how long they lived there or what his mother's name was... might have been something other than O'Hare."

* ... QUAKE: One more memory of the horrible 1952 Bakersfield earthquake, this one from local Realtor and world champion skeet shooter Ken Barnes. "During the August quake my parents had friends from Oklahoma visiting and their son and I were both 13 years old at the time.  We were sitting in an aisle seat at the California theater between 18th and 19th streets that afternoon a little after 3 p.m. when the quake hit.  After going through the morning quake in July I knew exactly what was happening, and I yelled for him to run up the aisle and out into the middle of Chester Avenue. All around us was dust and debris from falling bricks and store frontages that had collapsed. Next door the roof of Lerner's dress shop caved in and killed a woman.  It was hours before we finally caught a bus back to Oildale and my very worried parents.  It was really, really scary." 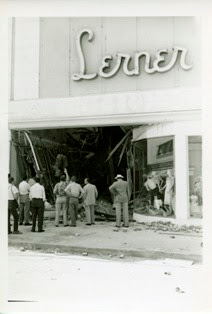 Posted by Richard Beene at 2:52 PM