More memories of the devastating 1952 Kern County earthquakes, and lamenting about those motorcycle lane splitters

* ... QUAKES: Christy McGuire was just an infant when the 1952 earthquake hit but she has a vivid memory of that day. She was living in Taft where her father, Tom Gross, was a young exploration geologist working for Standard Oil (now Chevron).  "I have a vivid memory of dad quickly coming into my room to take me out of my crib, calmly saying there was an earthquake, and carrying me into the living room to stand in a doorway with my mom. In looking back at the dates of the quakes, I was amazed to realize I was less than a year old, my birthday being in October 1951. Christy grew up with a love of geology, and remembers her father "dancing excitedly into the house, when we had later moved to Bakersfield, with Scientific American's iconic cover story on plate tectonics in his hands.  It was like he was carrying the Holy Grail, and it felt more momentous to me than experiencing the earthquakes themselves!" 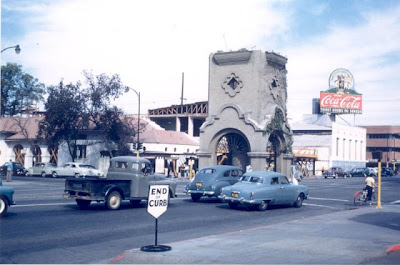 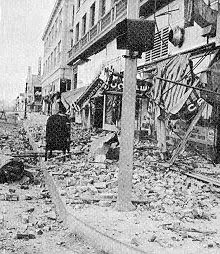 * .... MORE EARTHQUAKE: Another memory of the 1952 earthquakes, this one from Harry Love. "I was an eight year old, living in Los Angeles (Westchester, by the airport). I remember waking up as my bed was hitting the wall. I thought my sister was shaking it to get her little brother upset (her usual ploy). I starting living in Bakersfield in 1967 and still remember the other ones that hit here. In 1970, my wife of one year and from Minnesota, experienced her first earthquake."

* ... SPOTTED: A younger woman driving a black BMW is busy texting on her cell phone as she blows through a red light at Brimhall and Calloway, narrowly missing a white SUV that wisely slowed to allow her to pass.


* ... PR GROUP: Marlene Morales is head of communications for the law firm of Chain, Cohn, Stiles and dropped me a note to tell me about a group of local executives (most of them in public relations) that meet quarterly to discuss issues in our community. "Not only are they leaders in the community, they participate in many non-profit organizations to raise money for Kern County," she said. "Members of the PR group include: Susan Hersberger, Jarrod McNaughton, Amber Chiang, Marlene Morales, Rob Meszaros, Carla Musser, Darlene Mohlke, Steve Gabbitas, Michele Bresso, Barry Zoeller, Colleen Dillaway, Brent Rush, Beth Pandol, Cal Rossi, Rob Duchow, Selena Ingram, Gina Hayden, Jim Varley, Katie Harlan Allen, Leslie Golich, Rhonda Smiley and Susie Geiger. "

* ... LANE SPLITTERS:  How do you feel about motorcycle riders who ride between the car lanes, a maneuver that is perfectly legal (at least in California) if executed correctly? Reader Phyllis Smith was recently stopped at a double left turn with a motorcyclist rode up next to her. "He hit my side mirror forcing it backwards.  He pushed the mirror back into position and took off doing his left turn, again between the two car lanes. When I got home I checked the mirror and the paint was chipped off where he hit it. I have never understood why they have this privilege of driving between the lanes." 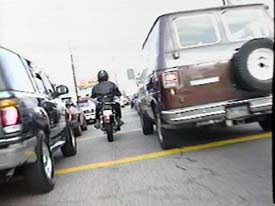 * ... MEMORY: Reader Wyatt Ross is looking for a little help from old timers who remember an old house on Myrtle Street. "Around 1961, at about the age of 4, I would walk with my very young Aunt Molly and Uncle Todd from 308 Cypress to Beale Park for a day of swim and play. Walking on Palm, we could look north on Myrtle and see what I remember as a huge, weathered old mansion, sitting ominously on a raised lot, at least 15 feet higher than the surrounding grade. To me, it was the 'House on Haunted Hill' from the 1959 Vincent Price movie.  I clearly recall covering my eyes as we walked by it!  Ironically, 15 years later I would live across the street from the still-elevated vacant lot, which still had remnants of the red brick foundation.  It was soon thereafter excavated and subdivided with several new homes. Any old timers out there recall the history of that place?   Seems I've heard it may have housed nuns or orphans at times........or am I confusing it with Sinaloa?"

Posted by Richard Beene at 2:57 PM