Local businessman finds his stolen bike on Craigslist and Bako police set up a sting to recover it; and readers provide some blowback to this blog

* ... CRAIGSLIST: Hats off to the Bakersfield Police Department for helping arrange a sting operation to recover a stolen bicycle. The bike was stolen out of the garage of local business owner Mark Ramsey earlier this week, and sure enough, Mark later spotted it listed for sale on Craigslist, the free online classified website. He alerted the police and a sting was set up near the Canyon Hills Church. "Long story short, we drove up, the detectives hopped out of the car, introduced themselves and busted two guys, 19 and 16, for burglary and possession of stolen property. The minor was on probation already... Hats off to the BPD and the detectives who handled the whole thing... professionals the whole way through and on it in a flash. Nice to know we have some good quality people working at the BPD... considering the budget cuts, smaller workforce etc. they're still ready and willing to put it on the line to bring criminals to justice, uphold the law and do what they can to make our community a safer place." 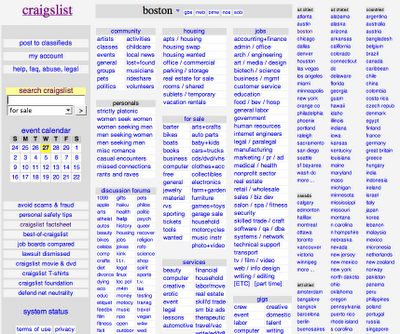 * ... FEEDBACK: A reader known simply as "Kash" is a regular contributor to this column who never minces words. Kash's latest missive concerns recent posts about people texting and driving and the three joggers who came upon two young people in the back of a pickup truck. "First, nobody can drive in this city, with or without a cellphone in hand. Quit writing about that boring crap whenever one of your stupid, loyal readers writes in. I'm surprised none of them caught me driving. You wouldn't know what to do with that story. Second, the people spotted having intercourse in their truck. Actually, that's quite adventurous and romantic. Here is this bright young man treating his girlfriend to a nice, private time, when all of the sudden three nosey runners drop in on them. If they were good human beings, they wouldn't have bothered with the truck. In this over populated world we can all still control our actions and let people have as much privacy as we can control. If they accidentally saw them getting it on, they should have looked away while apologizing profusely. Ever get intimate anywhere you're not really supposed to? It increases the fun. Try it sometime. If I was the one caught by runners I'd keep going at it while telling them off. I keep it classy.... Third, as your BFF I can tell you the truth. The truth is, you need to change your picture. It makes you look like an ass. You can do better." (Hang Glider Hill photo by Michael Renzi) 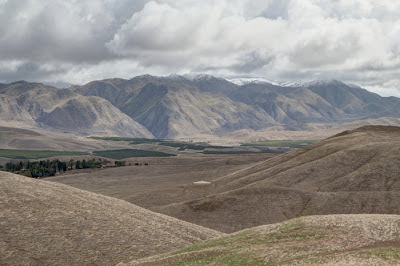 * ... MEMORY: The pickup truck post also brought this response from Riley Parker. "I couldn’t help but laugh at the account of the lovers in the pickup bed. My family lived in a house on the adjacent oil lease from 1948-1962. There was no Paladino Drive, no Morning Drive and no State Route 178. Access was via a gravel road from Kern Canyon Road near the ‘Y’ where the Chevron is located today. On any given summer evening, and sometimes during the pre-dawn of morning, lovers would find their way to the top of that ridge and/or the top of what became known as ‘Hang Glider Hill.’ Seldom would they stay for more than an hour. Dad used it as a teaching moment, explaining that sometimes minor infractions, in this case trespassing, should be overlooked and the violators granted a bit of grace. In any case, there were spectacular views of cars traversing the grapevine, and of the moon rising over Breckenridge, with no housing developments or lighting to interfere. The only sounds emanated from the sheep being tended by Basque shepherds as they grazed the wheat stubble. Those are very pleasant memories."

* ... SHADE: Norma Sacchini submitted this rant on the tendency in our community constantly trim shade trees. "I am driving down Old River Road and what are they doing while it is 109 degrees? Thinning all the beautiful shade trees. Why? These trees do not need to be trimmed... no wires anywhere on Old River Road...We need the shade and all the beauty we can get!"

* ... MOVIES: Marsha Kennedy added her thoughts about people who bring young children to R rated movies. "The 'entitled generation' feels they have the 'inalienable right' to do what pleases them, with no thought or concern towards anyone else. However, their parents enabled them by never telling them no and allowing them to do whatever they pleased and giving them everything they want. I'm a parent of four grown sons and am not without compassion - but there are times that parents need to either get a babysitter or do a family outing instead!"

* ... SPOTTED: In a case of really bad form, a young man in his 20s in spotted urinating in the public parking garage on 18th and Eye streets during the lunch hour mid week as a woman in a Toyota SUV waits to drive him off.