The fattest state in the union? Mississippi. The Centers for Disease Control releases an obesity rating list and remembering Dr. Hans Einstein

* ... GOOD CAUSE: If you're like me you have your list of favorite charity fundraisers (West Rotary's annual Cioppino Feed and St. Francis Parish School's CrabFest are near the top of mine). But another one not to miss is the "Elegant Evening of Wine" to benefit the Joe Alexander Scholarship Foundation. This is an East Rotary-inspired event that, while a bit pricey, is always a first class operation thanks to folks like Vernon Varner, Phil Icardo, Daren Alexander and others. It's a great alternative to the time consuming charity golf tournament or chicken dinner at a country club, and it's all for a good cause. This year it's set for Saturday, Sept. 29, at the downtown home of Dr. Mark and Sue Ashley. It's the 10th anniversary of the event and the 100th birthday of Joe Alexander. Tickets are going for $175 each. Contact Vern Varner for more information at (661) 979-5788.

* ... EINSTEIN: Our community lost a giant recently with the death at 89 of Dr. Hans Einstein, one of the preeminent experts on Valley Fever. Einstein, a distant relative of Albert Einstein, was born in Berlin but his mother moved him to The Netherlands after Hitler took power. He came to the United States as an exchange student and attended Furman University. Dr. Gerhard H. Schmidt recalled this story from Einstein's mother, who had been living in England where political scandals usually involve sex. "So, when Dr. Einstein’s mother was visiting from England just after Watergate and the Nixon resignation, her big question was, 'But where’s the sex?'" 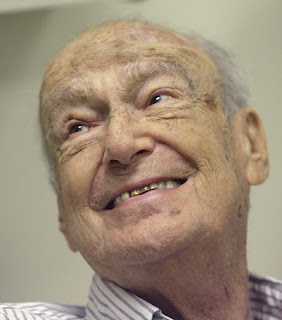 * ... OBESITY: Obesity is a national epidemic, and now the Centers for Disease Control in Atlanta has rated the states in terms of the best, and worst. The fattest state? Mississippi leads the nation with a rate of 34.9 percent, followed closely by Alabama, Arkansas, Indiana and Kentucky. Even the "most fit" states have high obesity rates. The least obese state was Colorado where 20.7 percent of the people were overweight, followed by Hawaii and Massachusetts. California came in with a rate under 25 percent. 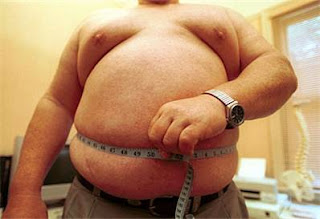 * ... WOOD-DALE: Marlene Morales, the communications director over at the law firm of Chain, Cohn and Stiles, dropped into the Wood-Dale market for the first time recently. "It's everything I've read and now just experienced. Old fashion fresh meat counter with old fashion customer service. I felt like I was in Ozzie and Harriet's movie. Everyone waiting in line conversed with each other as we all observed the fresh meats (Harris Ranch steaks, stuffed pork chops, various sausages, bison, frog legs, scallops, halibut, etc...)  Then at the cash  register, the checker introduces herself as Darlene and proceeds to tell me that for the holidays they will be offering turducken... Turkey stuffed with duck, the duck stuffed with hen. Needless to say, it was a wonderful experience back in time and glad
Bakersfield still has old fashion values and grocery stores."

* ... GOOD DEED: Here's a nugget to brighten your morning, compliments of reader Ginny Espinoza. Ginny's friend held a yard sale recently and a couple bought several items and paid with two $100 bills, both of which turned out to be counterfeit. "Last week the mother of the male came to my friend’s house to pay the debt! Her son was guilt-ridden (now in jail for another offense) and asked his mother to make good.  I am just hoping that he will repay her one day! I really have to give kudos to the mother – that couldn’t have been easy!"

* ... SPOTTED: Peter and Patty Wonderly and a friend were running the foothills just north of Morning Drive and Paladin recently when "we noticed a pickup truck parked on the edge of the hilltop. We ran up the side hill and as we crested the top we witnessed a young couple in the truck bed - complete with mattress - scrambling to get into their clothes. Hey - keep it classy, folks."

Posted by Richard Beene at 2:38 PM

Ah, what's a little al fresco romping out in nature, under the skies? LIke you never did it!