Do we really need fine dining in movie theaters? And a proposal is floated to rename Airport Drive after Bonnie Campbell, ex wife to both Merle Haggard and Buck Owens

* ... WINE AND DINE: I read a story in The Los Angeles Times the other day about the AMC movie chain introducing "fine dining" in some of its theaters. That's right, a full dinner with beer and wine along with the move. But do we really need more noise and smells in the theater than we already have? Can you imagine sitting in front of someone dining on prime rib and a crunchy salad? (photo courtesy of The Los Angeles Times) 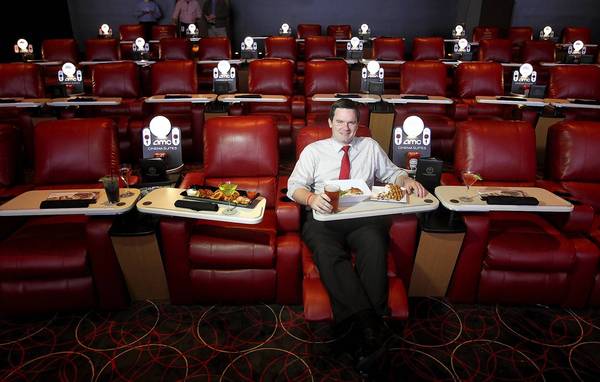 * ... BONNIE OWENS DRIVE?: I had lunch the other day with Jim Carlton, an old colleague from the Los Angeles Times who was in town doing a story on the local economy for The Wall Street Journal. Jim spent the day interviewing many of our community's most prominent leaders, and brought me this tidbit for this blog: "I heard someone say they were starting a campaign to rename Airport Drive 'Bonnie Owens Drive' because it connects Buck Owens Boulevard and Merle Haggard Drive," he told me. Bonnie, of course, was married to both Buck and Merle. 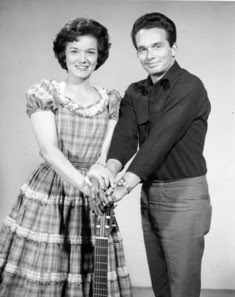 * ... MEMORIAL: Congratulations to Sherrie McMurtrey who was named Bakersfield Memorial Hospital's volunteer of the year. The announcement was made at the annual diner for Memorial's Foundation Board of Trustees, held at Luigi's Delicatessan. The hospital is coming off a successful golf tournament that raised several hundred thousand dollars for the Children's Medical Center.

* ... THE MARK: The folks over at The Mark, the new restaurant downtown that has proved wildly popular, are planning to open a catering and banquet facility next door. The Mark is located in the old Goose Loonies location at 19th and F streets and the owners will use the vacant facility next door as a banquet rental.

* ... BAD FORM: Shame on the middle aged man driving down 21st Street who ignored the city fire truck and Hall's Ambulance that tried to pass him with their emergency lights on. The driver was so absorbed on his cell phone that he apparently didn't hear the sirens.

* ... FRIDAY NIGHT LIGHTS: There's a big game up at Garces Memorial High tonight (Friday) when the Rams take on Sanger for the Division II Valley Championship. Garces is expecting a full house and is also alerting neighbors that there will be fireworks after the game. So be prepared.

* ... MEA CULPA: Beverly Stone dropped me a note to correct some bad grammar in this blog. "Lesson in fractured English: 'Peddling' is commonly construed as an effort to sell something. 'Pedaling'” meaning applying foot pressure to the pedals of a conveyance, is what I think you meant. You need a good, or at least better, proofreader." You're hired, Beverly.

Posted by Richard Beene at 1:08 PM