Crabfest rakes in $250,000 in one night to benefit the St. Francis Parish school, and more memories of Banducci's Corner out on Weedpatch Highway

* ... CRABFEST: If you missed the Friday night Crabfest at the Kern County Fairgrounds, you missed one of the best fund raisers of the year. It's the annual event to raise money for the St. Francis Parish school and it's one of the best run and lively events of the year. Mountains of crab and pork ribs that rival the best I have ever eaten, and plenty of theatrics from Monsignor Craig Harrison and the St. Francis mothers and volunteers whipping up the crowd in the live auction. Word is they raised between $250,000 to $300,000 in one night. (Photo of Tracy Walker-Kiser and husband Brian at Crabfest) 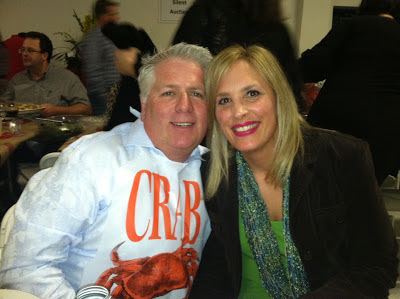 * ... INAUGURAL: What can we expect from a second term for President Obama? This is inauguration week and we will examine Obama's first term and the expectations for his second on Californian Radio KERN 1180 at 9 a.m. Monday. Former Kern County Supervisor Gene Tackett will join me in a wide ranging discussion of what we can expect over the next four years.

* ... SOFTBALL: Here's a good cause worthy of our support. Michelle Bolt is a local North High School graduate who has gone on to become the women's softball coach at the College of the Sequoias. Like all community colleges, the COS athletic program has endured a series of budget cuts, so she is now involved in a major fund raising program to help the softball team. For $50 you can buy a ticket (only 2,000 will be sold) that will be entered to win a 2013 Camaro. Interested? Call her mother Fern Bolt at (661) 392-0212. 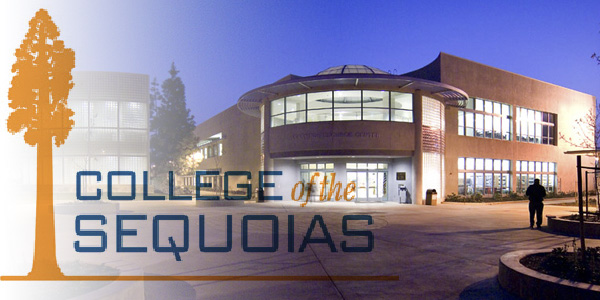 * ... BANDUCCI'S: More memories of Banducci's Corner restaurant, including this one from local farmer Dick Porter. "I have many memories of Banducci's as the grape and potato packers from Edison called it. Banducci's was located adjacent to land my family owned and farmed at the time. The big grower-packer families of Edison had specific tables staked out and always sat at each specific table every day to eat lunch and mull over their challenges and victories of the day. Lord help you if you innocently sat at one of the 'reserved' tables - and most of the restaurant was 'reserved' for every weekday lunch. I have many stories of all the characters and goings on during lunches at Banducci's. I won't name names but some families were very jealous of their privacy and would request that some tables be positioned further away from them. This, of course, led to little border wars right inside the restaurant. I never witnessed any lunch time drinking, but there was a small  bar in the back of the restaurant that seemed to always be full. Lots of real characters and tough old time, and very successful, businessmen and farmers made Banducci's their clubhouse."

* ... TRASH: Steve Towle lives in La Cresta and witnessed a young man parked in the neighborhood and tossing fast food wrappers out his car window. Towle used his high definition video camera to record the entire thing, including the license plane. "What really disturbed me about this matter is when I tried to report it to the police and was told both by the communications center and the front desk that they would not take the report. I told them I understood if they were too busy and they could do it later, but their response was that they were not going to take it at all at any time. As of this writing I am awaiting a return call from the watch commander's office for further discussion. It’s just not acceptable to me that we have laws on the books and good evidence is being provided and those personnel that the taxpayer are paying to enforce them just choose to ignore them. If the police are going to start being selective about enforcement I think that the public should know about it. "

* ... DID YOU KNOW? Randy Martin, who runs Covenant Community Services up on North Chester Avenue, posed this question. "Does anyone remember when Sinaloa was located in the Woolgrower's building? According to Sonny from Mexicali the original Sinaloa was in the Basque district, which probably accounts for the Pyrenees bread and Basque salsa!"
Posted by Richard Beene at 12:16 PM