Is the Bakersfield Prayer Breakfast exclusionary by focusing on the Christian view of Jesus? And more memories of Banducci's Corner restaurant out on Weedpatch Highway

* ... PRAYER BREAKFAST: The Bakersfield Prayer Breakfast is coming up next week and will celebrate 33 years as an annual event. It is always a popular event but some in our community are questioning if its Christian-centric theme is exclusionary. The event promotes the Christian view of Jesus, but what about all the Sikhs, Muslims, Jews and others who call Bakersfield home? A friend of mine who happens to be Jewish noted that while the event may not be an official City of Bakersfield event, the exclusionary nature is apparent "... from the 'cross' imagery to the Ephesians reference to the statement of purpose 'to bring citizens together in the name and spirit of Jesus Christ to offer gratitude and praise to God and to pray for our community, government and leaders.' I thought we were past this already. Unfortunately, it seems that our own local theocrats, who are amongst the first to howl about religious intolerance when it occurs in other countries, have an agenda in mind, and it doesn't include us." Local lawyer Joseph Hanson spoke for the organizing committee and noted the event is facilitated by a group of lay persons, not the city or a church. "Our purpose statement is on all our advertising and it is printed in the program each year," he told me. "It states that we gather in the name and spirit of Jesus. We do not hide that. What would make it exclusive would be to state that only 'Christians' or only 'Followers of Jesus' are invited. That has never been the case... If people attend and leave encouraged by the message or the prayers offered by community members, the committee would say that we have accomplished our goal and each year this is what we experience." 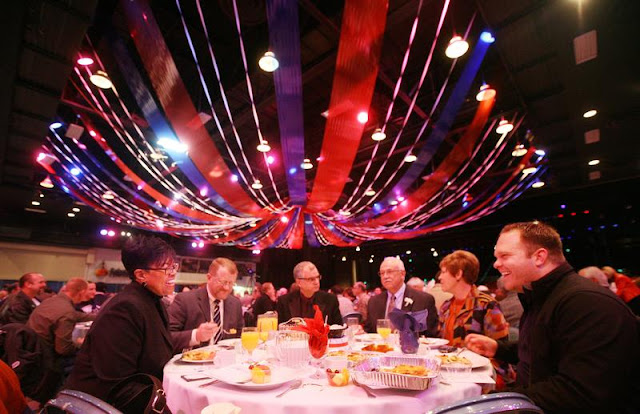 * ... SPOTTED: On a less serious note, Jeff Pickering, president of the Kern Community Foundation, posted this heart warming message on Facebook after brushing his 7-year-old daughter's hair. "Olivia (as I was brushing her hair): 'Daddy, how many hairs are on a human head?' Me: 'I don't know, why don't we count?' Olivia: 'Okay, but let's use your head so it will take less time.'" (file photo of Jeff Pickering) 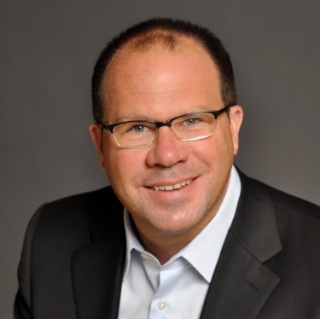 * ... BANDUCCI'S: More fond memories of the old Banducci's Corner restaurant. Said Mary Sams Durham: "I too have very fond memories of Banducci's and I remember having lunch with my daughter, Cyndi Blankenship, at Sinaloa when they were located in the Wool Grower's building. This was in the late 1950. Since we are going down 'Memory Lane' how many remember swimming in the old Lakeside pool? Many kids from the Arvin and Lamont areas were bused there to swim. I was one of those kids."

* ... MORE BANDUCCI'S: Norale Boyle wrote to say her favorite meal at Banducci's was ravioli, made from three different meats roasted for several days beforehand. "Wouldn't it be wonderful if someone still had the recipe?" And former Assemblyman Trice Harvey called to tell me he was a health inspector at the time, and that the owners of Banducci's asked him not to come during lunch because they didn't want to bother the customers.

* ... MEMORY LANE: And speaking of memory lane, the recent closing of the Green Frog Market prompted Joe Fontaine to send me this: "A lot of people are lamenting the recent closure of the Green Frog Market. How many of them are Bakersfield old timers who remember its original location on the southeast corner of Chester and California avenues? My memory of that location for goes back to December 7, 1941. I was sent on an errand to the Green Frog that morning to buy a quart of milk. Everyone in the store was all abuzz about the Japanese attack on Pearl Harbor. I rushed back home to break the news to my family. How many Bakersfield old timers remember the Palms Liquor Store on the northwest corner across from the Green Frog? It is still there today but sadly the palm trees that graced that corner are long gone. That was years before the 'shoe' at 10th and Chester was built to house a shoe repair shop."

Posted by Richard Beene at 3:02 PM

Um...Jews pray. All faiths have a higher power that they draw from. How about supplication to a higher power ? If anyone of any religion bought a ticket to that event, they would be treated well. No feathers ruffled here. As a Christian, I have more in common with a Jew than any other faith. All world faiths have dignity.

Jews pray...They will let anyone buy a ticket to the prayer breakfast, and they will treat any other faith well. Supplication to a higher power? Focus on something that is damaging to our city... this one isn't...

....Local lawyer Joseph Hanson spoke for the organizing committee and noted the event is facilitated by a group of lay persons, not the city or a church. "Our purpose statement is on all our advertising and it is printed in the program each year," he told me. "It states that we gather in the name and spirit of Jesus. We do not hide that. What would make it exclusive would be to state that only 'Christians' or only 'Followers of Jesus' are invited. That has never been the case"........are you kidding me? If a group of Muslims stated that "we gather in the name and spirit if Allah", would Christians attend? Mr. Hanson, you, sir haven't a clue.

Hey. I thought Green Frog was always closed on Sunday's until recently.

I would agree with the writer who stated that your newspaper is pathetic. For your newspaper to castigate Shannon Gove because she does not grovel at the feet of Jerry Brown is pathetic. Really...a bullet train from Bakersfield to Madera? Jerry Brown's plans have achieved nothing as yet except talk. Save the victory lap until something is actually better.