Leticia Perez turns her back on the supervisor job and throws her hat in the ring for the 16th state Senate district seat. Meanwhile we are all still absorbing the odd story of her husband, Fernando Jara

* ... PEREZ: As predicted 5th District Supervisor Leticia Perez, who has been in office less than three months, is running for the open 16th state Senate seat abandoned by her former mentor Michael Rubio. Aside from her willingness to abandon a job she was just elected to, it should be interesting to watch her square off against Fran Florez, recognizing that there is no love lost between these two camps. And, add to all this the odd, made-for-TV movie storyline of Leticia's husband Fernando Jara, a self described former street thug who converted to Islam, learned Arabic and claimed to have worked with the CIA before coming home to devote his life to helping men with addictions. That's enough content for a 13-part series on HBO, but that's his story and he's sticking to it. Who needs fiction when you have stories like this? Stay tuned. 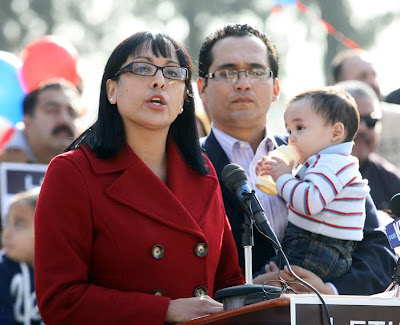 * ... TEXTING: Did you know that fully 70 percent of all Americans between the ages of 16 and 64 say they have talked or texted on their cell phones while driving? That is an alarming statistic but The New York Times says the problem is getting worse, not better. Thirty percent admit to texting while driving in the past 30 days. Said Ileana Arias of the Centers for Disease Control: "If anything, it seems to be getting worse." (photo courtesy of The New York Times) 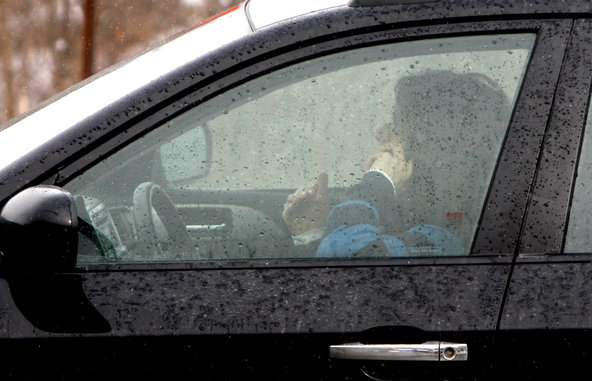 * ... SPOTTED: Two fathers get in a good old fashioned brawl at the BASA softball fields Monday during the Centennial High School junior varsity tournament, embarrassing not only themselves but also their daughters on the field.

* ... BAD FORM: Stephen Montgomery was driving to Santa Maria on State Route 166 last week when he found himself being tailgated by a black Chrysler. "After riding my bumper for a few miles the driver passed me. I was surprised to see his vanity plate that read CHIP 2 with a small CHP logo on the left side. This guy, apparently one of California's finest driving his private car, later had pulled over with his left wheels almost touching the side line on the highway. He had his door wide open extending well into the driving lane but closed it when I got close but not before I had pulled over the center line to avoid it. Soon he was back on my tail before passing me again and disappearing. Oh yeah, I was not dragging my feet. In a 55 zone I was moving at 64 mph.  What an example!"

* ... FIRST LOOK: Make sure you tune into bakersfield.com on your computer or iPad tomorrow for First Look with Scott Cox. Cox will be talking to Sheriff Donny Youngblood at 8 a.m. and Californian columnist Lois Henry will be on at 9 a.m., all from the Dignity Health studios inside The Bakersfield Californian. Watch it live or hear it on NewsTalk 1180 KERN from 7 a.m. to 10 a.m.

* ... LITTER: If you want to pitch it to help pick up litter along the Freeway 99 on and off ramps, contact Tom Burch over at Henley's Photo. The sheer volume of trash in our community is overwhelming, but it's nice to see some folks try to tackle it. Burch said the group meets every Wednesday to pick up trash along Highway 99 (178 is coming soon). Go to the Keep Bakersfield Beautiful website to find out where to show up. If you want to contact Burch directly, do so at
tburch@henleysphoto.com