City of Stockton's bankruptcy was borne by recklessness and promises that could not be kept, and more memories of old Bakersfield

* ... STOCKTON: The most disturbing aspect of the city of Stockton's bankruptcy is the sheer recklessness the city made in offering lifetime pensions to its employees. The city owes the California Public Employees Retirement System (CalPERS) more than $900 million, a staggering amount of debt that the city simply cannot repay. One of the key questions before the bankruptcy court is do you continue to honor the pension promises at the expense of other creditors? The case in Stockton is a business school case study in fiscal irresponsibility, and a warning to other municipalities about being realistic about promises made to public employee unions. (photo courtesy of the Los Angeles Times) 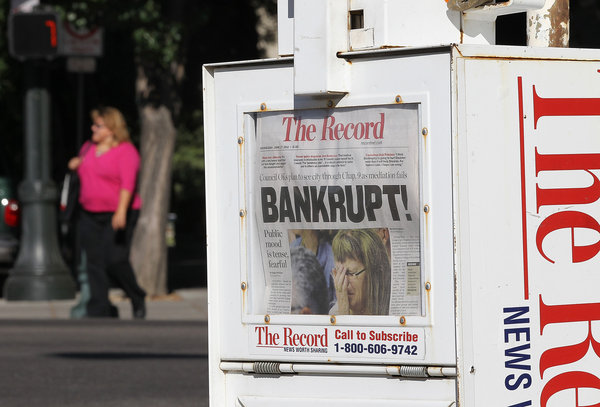 * ... SPOTTED: From reader Candace Bumes: "To the driver of a red Mercedes SUV who did not yeild to an emergency vehicle with lights and siren: next time the paramedics could be going after your loved one. Think about it."

* ... BUCKEYES: Sunny Kapoor is a proud graduate of The Ohio State University and took son Nigel to the Staples Center to take in the Buckeyes-Wichita State game during the Elite 8 round of the NCAA Tournament.  "As a Buckeye alumni, it was my opportunity to support my alma mater, and be surrounded by the best college fans in the country, and be entertained by the 'best damn band in the land.' Even though we lost, the experience was priceless, and we had a great time." Nigel is now a senior at Centennial High School and will be interning soon with a local engineering firm. 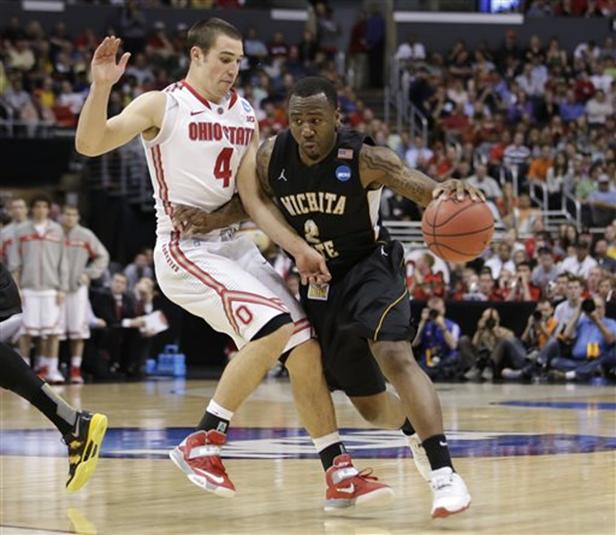 * ... MEMORIES: Reader Victoria Shallock was among several folks who responded to an earlier post about old memories. Said Vickie: "I, too, fondly remember the 'Un-Lock-A-Loc' game from the local afternoon kid show with 'Meet Mitchel' (I believe his first name was really Harry?) You had to send in your entry along with the end panel from a loaf of Golden Crust Bread (another local entity/memory) and select which lock you wanted to open (there were three). I won a really cool microscope set one time! And I think one of Don Rodewald's features was a 'Come as You Are' segment on the local afternoon matinee show. Our family was called one afternoon and hurried down to the studio to be interviewed and appear on his show. I recall Don and my dad (who was a CHP officer) having a very interesting conversation about traffic laws. Great memories of wonderful times gone by when life was much more simple and uncomplicated."

* ... FACE CREAM: And Rick Kreiser and other readers identified the woman who used to market a face cream that was "so pure you can eat it." Said Kreiser:  "Her name was Hazel Allen...a staple of Channel 10's (23) movie breaks... Don Rodewald lived in my neighborhood and I went through school with his girls, April and Judy... smart cookies, they were.  His tag line was 'half an hour before three, when it's just you and me.""

* ... BREAD: And finally there is this from Albert Lyons: "Does anyone remember the jingle for Golden Crust Bread? I think it was a contest on a local children's program and I think Zippy was the clown and it might have been sponsored by Toy Circus. If you got on the program and was able to sing the jingle you could when a bike from the Toy Circus. "

* ... BAKERSFIELDISM: Randy Martin, the head honcho over at Covenant Coffee, says you may be a Bakersfield old timer if "you remember the dump located on the bluffs near where Bakersfield College now sits."