Is Hollywood getting ready to make a movie about Fernando Jara, the husband of Supervisor Leticia Perez who claims to have worked for the CIA in Yemen?

* ... SPOTTED: Los Angeles actor Michael Pena, who had parts in the movies Tower Heist, End of Watch as well as the cable hit Eastbound and Down, was seen in the bar at The Padre Hotel talking to 5th District Supervisor Leticia Perez and her husband Fernando Jara. Apparently Pena is (file photo of Michael Pena)
interested in the life story of Jara, who recently revealed he worked for the CIA in Yemen after the September 11 terrorist attacks. 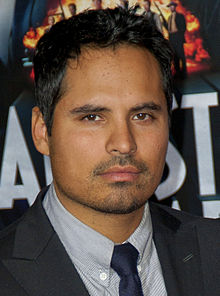 * ... CHLOE: Sad to hear that Chloe, the adorable yellow labrador retriever who appeared with owner Tracy Walker-Kiser on the front of this month's BakersfieldLife magazine, has been diagnosed with lupus. Chloe can not only go outside with sunscreen but there is little doubt that Tracy and husband Brian Kiser will make her comfortable. 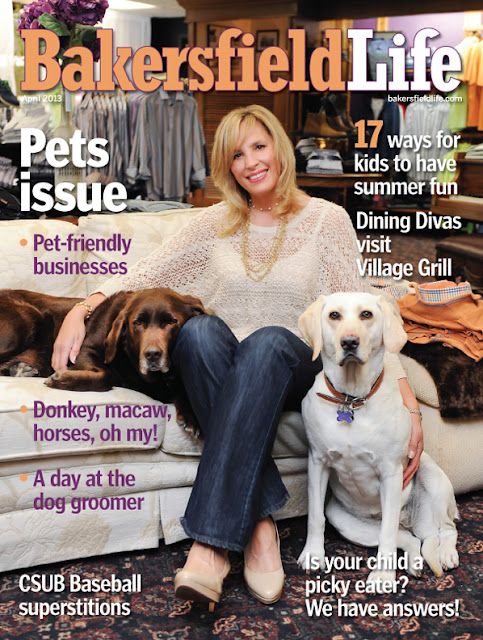 * ... MARKET: Remember the old ADS Market on Baker Street? John Pryor does, and says it was owned by the Sprayberry family. "ADS was the owner’s initials. His name? There must be a story here: Admiral Dewey Sprayberry. I grew up in that neighborhood and, as a kid, bought lots of candy there!  Dewey – as he was called – was a great guy from a kid’s perspective."

* ... MEMORIES: Becky Arguedas took a trip down memory lane, remembering a Bakersfield when it was a small, more intimate place. "Every time my sister visits from Texas, we reminisce about how it used to be when we were growing up. We talk about Don Rodewald, George Day, Zippy, Meet Mitchell and Unlock-a-lock (remember that one?) and one other we can't remember the name.  Who was the woman that advertised the face cream and always ate a little bit to show it was pure and wouldn't harm you?"

* ... GRAPEVINE: And Joe Fontaine remembers when you could gaze at the cars lights inching up the Grapevine. "If you are truly a Bakersfield old timer you will remember that on Friday evenings the lights on the Grapevine were the white of car headlights because the refugees from Los Angeles were fleeing north toward Bakersfield. They were red taillights on Sunday evenings because they were headed south back to the drudgery of southern California. Unfortunately we can't see either one today because of poor visibility due to air pollution."

* ... DMV: Retired Superior Court Judge Jim Stuart gave a shoutout to the DMV office in Shafter. Said Stuart: "About to turn 71 next month, got a notice in the mail that in order to renew my driver's license I would have to pass a vision and a written test. Mind you, the one and only time I took the written test was in 1958 and the only test I have taken since then that really mattered was the Bar Exam, and that was back in 1968. The thought of being without a driver's license was scary, the thought of taking the test was equally scary.  I went to pick up the driver's handbook in Bakersfield and was amazed at how crowded it was. On the advice of a neighbor, I went to the Shafter office of the DMV. Crowded, but not too bad. No appointment, got a number, sat and waited... and watched. Contrary to the common perception many of us have of DMV employees, those at the Shafter office without exception were smiling, patient and just down-right gracious in the way they handled the many people who were in line ahead of me, and the lady who was assigned to me seemed to sense my anxiety, make a quick comment that put me at ease, smiled as she told me I had passed the test and wished me well."