A dying man reaches out to share life lesson; if you had to do it all over again, what would you change in your own life?

* ... MARK: After a 35-year absence, I recently reconnected with Mark James, a friend from Georgia who is battling an unforgiving form of lymphoma. He is allowing me to share selected excerpts of his notes to me, simply because I think his they resonate in all of our lives. Weakened and alone, he wrote

this to me: "What I have learned is I took far too many people for granted. I made it all about work and wealth. I became a millionaire CEO but am going to die childless, spouseless and alone. All that money is sitting there waiting to be swooped up by nieces and nephews whom I hardly know. All those people I knew in my career cared deeply during the first year of this cancer but when I lived longer than expected they moved on. Not that I expect anything else. They are busy people with families and are still working every day. If I had a do over, I would find more time for those I love. I would be there for weddings, funerals, graduations and first communions. I would send gifts and cards and they would have known their importance to me. I would have been brave and walked out of a deep, dark closet many years ago, found a partner, and enjoyed life with him. But we don't get a do over. So I try not to spend energy on regret. I hope you can learn something from my situation. I simply never anticipated an early departure."

* ... GOOD FORM: For every litterer or inconsiderate employee in town there are folks like this. "This morning I had a very nice experience at Costco on Panama Lane," wrote Mary Ellen Agan. "First I was checked out by a very pleasant checker, and as I was putting the load into the trunk of my car a young voice asked if I wanted help. This was a darling little boy of about eight or nine years of age. As his mother and little sister waited, he loaded most of the rest of my groceries for me. What a sweet boy he was, and what a tribute to his mother who waited patiently and has raised such a thoughtful young man. That made my day, and I won't forget it."

* ... BAD FORM: And then there is this, from reader Sue Braman. "My husband and I made a morning trip up to the Richbar area in the Canyon the Monday after the 4th of July, and we were sickened at the site of the picnic areas. PILES and PILES of trash in a heap along the riverbank, and other areas. Would you believe someone hauled in a metal BBQ, sat it on a plant stand, and of course, left that behind too? As we drove into the parking area, we saw someone had dumped a TV! What has happened to caring about the beauty of nature and the respect that it deserves? Instead, it is a reminder of the mentality of a whole lot of people who could care less about their trash left behind and I imagine their homes and yards look the same. Pathetic isn't it?" 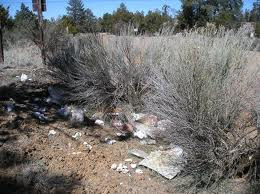 * ... MEMORIES: Mona Martin wrote to share her memories of the old restaurant Senor Joses. "It brought back great childhood memories, as my mom would take me there for a very 'grown up' dinner experience that she and I shared on special occasions. The location of the restaurant back in the late 1960s, early 1970s was at the corner of Union Avenue and approximately 18th Street. It most recently housed the nightclub Aldo's. The drive-in with carhop service Stan's had been on the backside of the building earlier in the 1960's era, which also brought back delicious memories as well! I remember the interior of Senor Jose's as being very adult, with candles on the tables and a small dance floor with tables bordering it. I always felt like a grown up young lady when my mom would treat me to a delicious 'Mexican pizza' when we would dine there. Thank you for reviving these great memories!"

* ... MORE JOSE'S: And finally this from reader Susan Seaman: "This short lived venture of Joe Mooney, my great uncle, was located in the building now occupied by The Black Bear. Joe and wife Martha also owned The Pancake House, J's Resturant, and the Ranch House located up on the Grapevine. His first venture was an ice cream shop on union ave, close to the dairy. This info should evoke more memories!"