Cal State Bakersfield professor threatens House Majority Whip over the issue of immigration, saying it will be like the 1960s all over again

* ... MCCARTHY: It is reasonable that people get passionate over immigration reform, but does it excuse threats and intimidation? In a meeting with local pro-reform activists, Rep. Kevin McCarthy was taken aback when CSUB sociology instructor Gonzalo Santos issued a veiled threat if real reform legislation doesn't pass within three months. According to McCarthy, Santos said he would "make me feel the pain... make it difficult for me" by having his movements shadowed by protests if immigration reform doesn't happen. "He told me it would be like the 1960s again," McCarthy told me. "They already come by my house and it makes my daughter feel uncomfortable... I don't like being threatened." My own views on this issue are probably closer to those of Santos than McCarthy, but I don't believe these kinds of threats are the least bit constructive. McCarthy also dismissed accusations that he refused to meet with pro reform protesters who showed up at his local office over Labor Day, saying he had been called back to Washington for the intelligence briefing on the Syria conflict. (file photo of Gonzalo Santos) 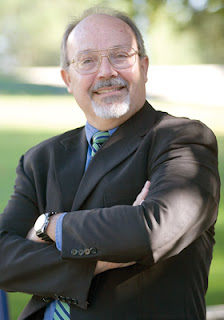 * ... VALLEY FEVER: House Majority Whip McCarthy may be in the cross hairs over immigration reform, but some of the most important work he is doing is in trying to find a vaccine for Valley Fever. He has now gotten the attention of the Centers for Disease Control in Atlanta, and two CDC directors will be in Bakersfield Sept. 23-24 for the first Valley Fever Symposium. McCarthy is invited all survivors of Valley Fever, and their family and friends. to a reception on Sept. 23 at 4:30 p.m. at the Hans Einstein Center at 1800 Mount Vernon.

* ... MORE VALLEY FEVER: And speaking of Valley Fever, did you know that 97 percent of all Valley Fever cases come from Kern and three Arizona counties? It's the limited impact geographically that has allowed the disease to fly under the radar.

* ... SPOTTED: On Truxtun Avenue headed east near Oak Street a reader spots a Bakersfield police officer in an unmarked patrol car, stopped with his lights and flashers on in the left hand lane. "He was out of his vehicle helping a driver push his stalled or broken-down car out of the road and into a nearby parking lot. I know it's something pretty simple, and I shouldn't really be surprised, but it was awesome to see one of our local officers offer a quick helping hand to a stranded motorist. And I think it shows you're never too busy to help someone."

* ... LATINATION: If you have never attended a First Friday in the downtown arts district, this is the Friday to do it. The most popular art show in town opens today at The Metro Galleries when Latination premiers, an impressive collection of more than 100 pieces celebrating the arts and culture of the Latino community. As usual, all of the other art galleries along 19th Street and around the Fox Theater will be open. Things get popping around 5 p.m. 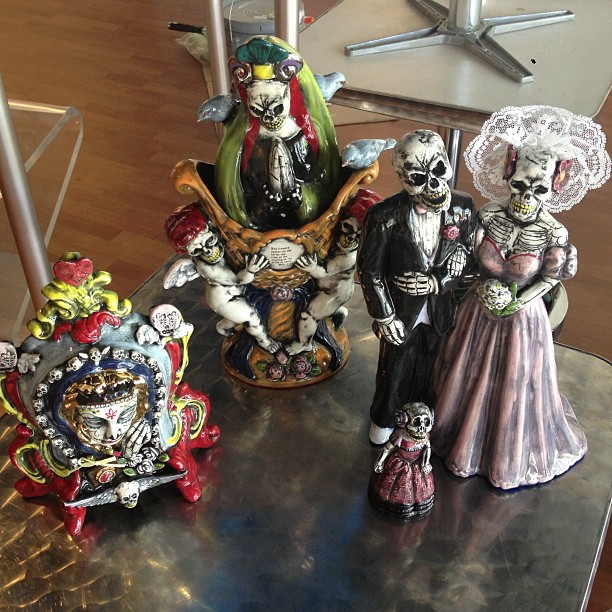 * ... PROSTATE CANCER: There is a free prostate cancer screening for the uninsured or under insured this Saturday. It's sponsored by the Comprehensive Blood and Cancer Center and local urologists and will be held at the CBCC on Truxtun Avenue. You can call now to make a free appointment at (661) 862-7136. The screening runs from 10 a.m. to 1 p.m.

Santos' bullying tactics fit right along with ILLEGAL aliens crowding to the front of the immigration line. They are not being fair to LEGAL immigrants.

I hope Mr. McCarthy remembers that we are a nation of laws.

I know blogging is held to more relaxed standards of journalism than straight reporting, but it would have been nice to check with me statements attributed to me.

For the record, what Rep. McCarthy told you I told him is a distortion, a fabrication.

If you are interested in finding out what I actually told him, feel free to contact me and I'll be glad to tell you or one of your able reporters.

But for now, and paraphrasing Harry Truman, suffice it to say: I'm not in the habit of threatening politicians, I merely tell them the truth and they think it's a threat.

BTW, his "explanation" for his noticed absence on the two large pilgrimage events last Sunday & Monday is also disingenuous. His staff informed us WEEKS IN ADVANCE he would NOT greet or meet the pilgrims. Had he been willing to greet us and join us in searching for a pathway to citizenship for 11 million aspiring Americans, we would have gladly walked even longer to accommodate his recess schedule.

Thank you for the excellent coverage of those events and publishing our editorial on Wednesday.

Pilgrims? Really? This group is championing the cause of overlooking laws to make outlaws citizens.

Where there is smoke there is fire Professor. I believe the Congressman mentioned feeling threatened in the Bakerfield Observer?

John Bingham stated in the House of Representatives in 1862:
He reiterated his statement in 1866:

Why are we handing American birth certificates to the babies of illegal aliens without finding out if the parents own an allegiance to a foreign government? At many Immigration rallies I see a sea of Mexican flags? Why?

This issue should be discussed don't you think?
http://en.wikipedia.org/wiki/Natural_Born_Citizen_Clause