United Farm Workers and Democratic Senate leader pushing legislation to impose contracts on California farmers, and 'Miss Sue' Mitchell from the Blind Side to appear at CSUB Roadrunner scholarship dinner

* ... UFW: There was a damning opinion piece in the Wall Street Journal the other day taking to task the United Farm Workers (UFW), which is trying to impose a a contract against Sanger-based Gerawan Farming. The piece said the UFW, with help from state Senate President Darrell Steinberg, is pushing legislation that would allow farmworker unions to request state mediation "whenever a contract expires, thus obliterating collective bargaining. Unions often prefer mediation because they don't have to negotiate with management, and workers don't get to vote on the final contract." What is behind all this? According to the Journal the UFW, which has lost 90 percent of its members since the 1970s, desperately needs dues from the 5,000 Gerawan workers to pad its own coffers. "Hitting up Gerawan's 5,000 workers could double the union's revenues, and the easiest way to extract money from workers was to enlist the state's help." As usual, it's always about the money.

* ... BLIND SIDE: The CSUB Roadrunner Scholarship Fund is holding a dinner on Thursday, Sept. 12, that is worth checking out. It will feature "Miss Sue" Mitchell, the educator whose work was depicted by Kathy Bates in the movie "The Blind Side." She is the woman who worked with Super Bowl offensive lineman Michael Oher as he struggled with school. Tickets are just $40 for Roadrunner Scholarship Fund members and $50 for the public. Contact Cathy Lee at (661) 654-2188. 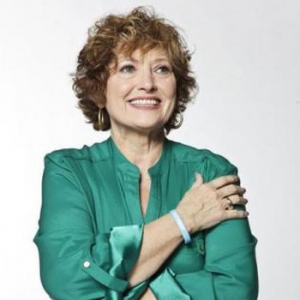 * ... FEEDBACK: This feedback comes from reader Sharon Langham regarding a blog post about how idling cars can contribute to air pollution. "I can't believe you reprinted the letter (comment) from Jon Crawford... Come on now. Why can I drive almost 400 miles before I need gas but could idle only (by his crazy calculations for 45 minutes)? Mr. Beene, someone should be looking to replace you as CEO/President as your brain must have been on idle for even giving Mr. Crawford the time it took to read such an idiotic letter in the first place, let alone print it. I am a bit curious to see how many people respond as I have."

* ... STINSON: Ben F. Stinson III will be honored this week with the John Brock Award, recognizing his years of service to our community. This is a well deserved honor for a man who works tirelessly to benefit Bakersfield. Proceeds from the dinner benefit the School of Business and Public Administration at California State University Bakersfield. 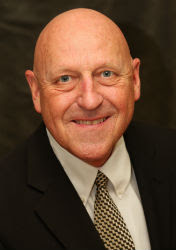 * ... MEMORIES: I had a nice telephone chat with reader Ron Ruettgers, who shared the story of when his grandmother (Minnie Bridges) accidentally helped plow a car into the old Green Frog when it was located at California and Chester. "My aunt had parked her brand new 1950 Cadillac in front of the store and left my grandmother inside," he told me. "She must have left the car idling as my grandmother reached over and must have knocked it into gear. It propelled the car right into the Smith's Bakery in the front of the store." Thankfully, no one was seriously injured.
Posted by Richard Beene at 2:48 PM