Former House Ways and Means Committee chairman Bill Thomas to appear on First Look to talk what is going on in Washington, and Bakersfield rallies around the St. Vincent de Paul homeless center

* ... THOMAS: The ongoing stalemate in Washington that has shut down the government has left the country dismayed and plunged the popularity of Congress to an all-time low. What got us to the point, and why has Congress seemingly lost the ability to cooperate to get things done? Those are some of the questions I will be addressing with former House Ways and Means Committee Chairman Bill Thomas when he appears as my guest on First Look with Scott Cox. The show will air at 9 a.m. Tuesday on KERN NewsTalk 1180 and will be broadcast live on bakersfield.com. 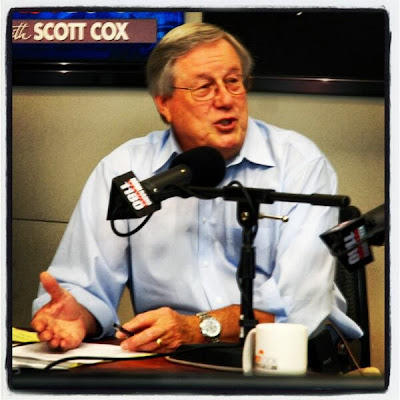 * ... HOMELESS: Bakersfield loves to rally around a good cause, and last week it was the St. Vincent de Paul homeless center that benefitted from our community's generosity. More than 800 people showed up last Thursday to dine on Gary Icardo-cooked steaks to raise money for the Baker Street center, a turnout that came as a pleasant surprise to event chairwoman Deborah Leary. "It was a perfect night and we were all thrilled," she said. The center serves breakfast and lunch for the homeless, as well as providing showers and other essentials.

* ... BIRTHDAY: Hank Pfister, longtime tennis pro at Stockdale Country Club, celebrated his 60 birthday this weekend in typical Pfister style. He convinced a group of 32 cyclists to ride into the Sequoias for a grueling, 106-mile ride. In exchange for his family providing food at rest stops, each rider wrote checks to support Links for Life. 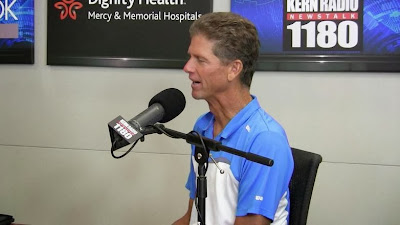 * ... GIRLS' FUND: If you run a nonprofit and your focus is on educating local women and girls, The Women's and Girls' Fund is planning a new round of funding in 2014 for the right programs. The fund is a leadership initiative of the Kern Community Foundation and expects to award at least $25,000 to local nonprofit charitable organizations in 2014. The focus should be on literacy, educational attainment, dropout prevention, high school graduation, college prep or job skills training. The deadline for applications is Nov. 6. For more information go to www.kernfoundation.org.

* ... CSUB: Make sure to mark your calendar for this Thursday, October 17, when Cal State Bakersfield will put on a tri tip fund raiser for the men's soccer team. The event will run from 6 p.m. to 9 p.m. at the Lengthwise Brewing Company on Schirra Court. Former House Ways and Means Committee chairman Bill Thomas will help run a live auction to support the college soccer program.

* ... BAKERSFIELDISM: Reader Marsha Wiswall says you may be a Bakersfield old timer if you remember the drug stores run by Jules Reufener, who she described as "a most kind and unselfish man." She said Ruefener owned the drug store on the southeast corner of Baker and Sumner streets and also the one inside the Green Frog on Alta Vista. (He later had stores in Arvin, Lamont and Fresno.) "Each Halloween Jules was as happy as the revelers as he handed out Fleer double wrapped bubble gum. Inside were coveted cartoon strips. We would have contests who could blow the biggest bubbles."
Posted by Richard Beene at 10:25 AM