Remembering the kindness and friendship of the late postal carrier John Howlett, and some good and bad form around town


* ... TRIBUTE: Many of us didn't know the late postal carrier John Howlett, but he left a legacy of kindness as he went about his life and job. Jane Cothern wrote that Howlett was her postman in Quailwood for more than 20 years, and she left this tribute to his life. "He wasn't a politician or a

business owner but a great community member a truly great man. He was a retired Marine staff sergeant, a retired U.S. mail postman, a wonderful husband, father, friend, neighbor and community member. He knew no strangers. All who came into contact with him thought of him as a friend... He never had anything bad to say about anyone. He always lived his life by setting examples for others, even though he didn't know he was doing so... All of these traits he has instilled in his kids. Each of his children were very fortunate to have such a wonderful parent." 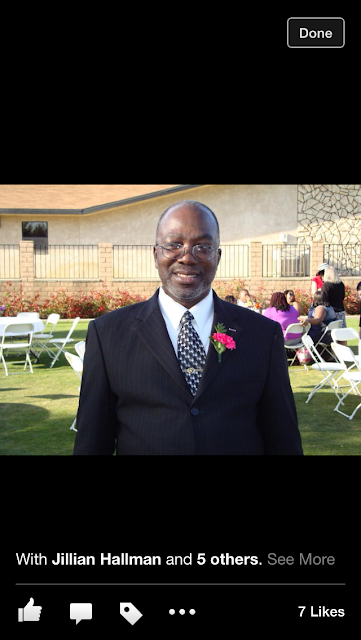 * ... BAD FORM: A caller to the newsroom left this message about some really bad form at Wendy's on Rosedale Highway. Turned out a huge line had formed because two men, a woman and two young children were harassing the Wendy's employees, demanding free food on the premise that their orders had been messed up on previous visits. Again and again these customers demanded more free food, at one point insisting on speaking to the manager, who was off work that day. "They just kept giving them food," the woman caller said. Later, after gathering up the food, the group went into the parking lot and dumped the trash (possibly also some of the food) onto the ground and drove off, forcing an employee to come out and pick it all up."


* ... GOOD FORM: Local banker Chris Lowe wrote to praise local businessman Steve Cozzetto of Century Rubber. "Century Rubber started in the LA area and relocated to Bakersfield a while back.  What impressed me most was how Steve spoke of his employees, never once calling them employees but calling them his coworkers. He also praised each and every one, individually, for their contributions to the success of the business.  It seems rare when you meet a business owner who values his employees so much and appreciates their dedication."


* ... BOCK: Matthew Bock, a graduate of Garces Memorial High and UC Davis, is in his last year of residency at Mt. Sinai Hospital in New York City. He has now accepted a position as a heart transplant fellow at the Ann and Robert H. Lurie Children's Hospital in Chicago.