* … SHOOTING: Arnold Johansen was at Los Angeles International Airport to witness the horrific shooting death of a TSA security agent last week. He was at Terminal 3 waiting to board a flight to Chicago on Virgin American when the shooting took place. His account, in his words: "I didn’t witness the start of the incident, but was at gate 36 close to where the shooter was stopped, (shot). The shots

sounded like firecrackers going off. People were running and going through emergency doors to escape the building. The alarms were going off and people were taking any door they could to get out of the building. After the shooting  stopped, I looked around the post to see the body laying on the floor and someone with a gun about 50 feet away. At that point I took off through one of the open doors and made it to the tarmac with hundreds of other travelers. You could see people coming out of  all the doors. After ten to twenty  minutes they picked up all of us in buses and took us to the Bradley International Terminal where we were locked down for five to six hours. They eventually brought bottled water and some airline snacks for everyone. There must have been two to three thousand people in the building. Felt sorry for those with little kids. What an experience. Still waiting to get my luggage. The airlines said they would deliver it once the FBI, etc. reopened the building/crime scene. I hope it shows up sometime this week. I decided to skip Chicago since all flights were cancelled and I couldn’t get my bag. It took me two hours to get to my car and get on 405 to head back to Bakersfield. I have never seen so many cops and CHP officers and cars in my life. People were walking to the terminal for over a mile because the streets were blocked by law enforcement." (photo courtesy of ABC News) 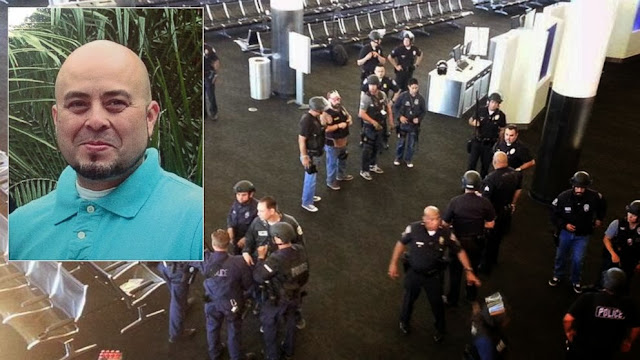 * … HEADS UP: For all you parents out there, I am sharing this warning I spotted on Facebook. A mother wrote that on Thursday, her "two precious girls were walking to a friends house after school because there dad wasn't home yet and an older man around 50 years old in a white Dodge truck stopped and tried to get them into his truck. THANK GOD they knew better and ran as fast as they could to a neighbors house! They were in Rosedale off Verdugo by Almondale Elementary School. Their dad called the police and made a report, please please please re-post this and if anyone see's a white Dodge with a faded hood call 911 so we can get this guy off the streets!"

* … ACHIEVER: I ran into Riley Scott the other day, the witty and gregarious son of KGET anchor Jim Scott and Memorial Hospital's Robin Mangarin. The Garces Memorial High School product graduated from Cornell University this past May and is currently the marketing account manager for The Bako sweet organic produce line for Valpredo Farms Country Sweet Produce. He manages the Southern California Whole Foods account where he just began in store demonstrations promoting the microwavable sweet potato packages for the holidays. Good to see these local young men and women doing so well. 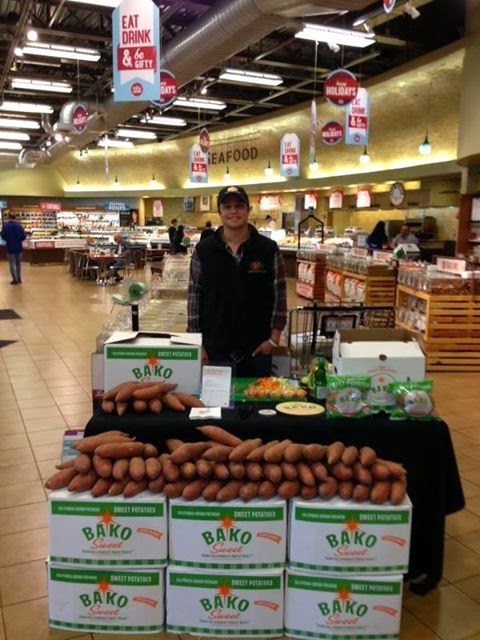 * … CAT PEOPLE: The Cat People organization will be taking photos of children and their pets in December to raise money. This is an annual event held at Petco on Rosedale Highway the first two Saturdays in December from 9 a.m. to 5 p.m. The photos are available the same day. The cost is $8.95 for one 4 X 6 photo, additional CD of images available for $10.
Posted by Richard Beene at 12:10 PM