Former Centennial hurler Jarret Martin put on the 40-man roster for the Los Angeles Dodgers, and preparing for the annual Pie Run on Thanksgiving morning

* … DODGERS: Hats off to Jarret Martin, the hard throwing Centennial High School graduate who has been put on the Los Angeles Dodgers' 40-man roster. The move protects Martin from being acquired by another team, and puts him on a major league contract. Martin graduated from Centennial

in 2008, was drafted out of high school by the Orioles but decided to pitch for Bakersfield College for a year. The Orioles drafted him again in 2009 and ended up trading him to the Dodgers. His last stop was the Arizona Fall League. Jarret is engaged to Allie Wiener, a CSUB nursing student at the top of her class. His mother, Dana Martin, is a freelance writer, author and editor. (photo of Jarret Martin and mother Dana courtesy of Dana Martin) 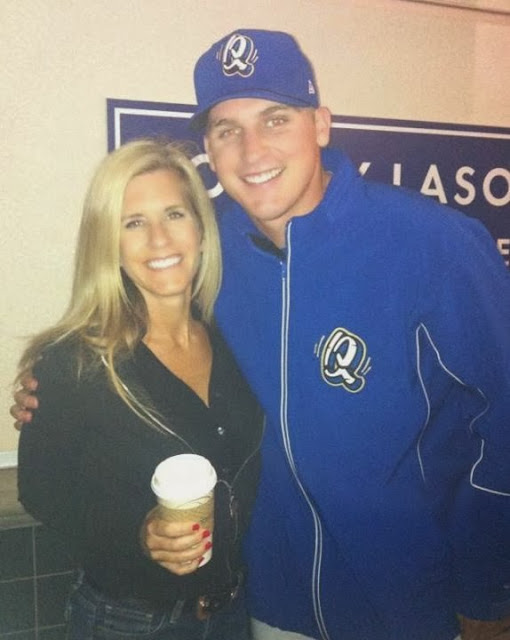 * … OUR TOWN: I had a chance to catch up the other day with Jennie Warren, one of the owners of Bakersfield Plumbing, a family business that has served our community well for many years. It was three years ago that Jennie's longtime husband, Jerry, died suddenly two days after Christmas. The ever gregarious Jerry and his company served my family well for many years, and now Jennie and her son Tony continue that legacy. I have lived in some of the world's largest cities where life affords one more "cultural" amenities and excitement, but only in Bakersfield do vendors and small business people become more like friends than a faceless repairman.

* … GOOD FORM: Craig Odom and his wife, Mary Ellen, were dining at Tahoe Joe's last week to celebrate their 20th wedding anniversary. What happened next was unexpected. "We were enjoying our meal and having a pleasant conversation with a former student of mine from Shafter High School, who is an employee at Tahoe Joe’s. My wife and I are both teachers. A younger couple with three daughters was sitting in the booth behind us and must have heard our conversation about our anniversary and us both being in education. The meal and the conversation came to an end and I expected to pay the bill for our meal. Our waiter told us that another patron had picked up the tab and wished us a happy anniversary. We were fortunate to find out that it was the husband of the younger couple sitting behind us. We were both overwhelmed by his act of generosity. I introduced myself and we thanked him for being so kind. I made him a promise that we would soon pay it forward. Thank you Bo and we look forward to passing along your generosity to us and wish you and your family a happy holiday season. "

* … PIE RUN: One of our community's signature, fun events happens Thanksgiving morning with the annual "Pie Run" at Hart Park. It all starts at 6 a.m. when a couple hundred walkers and runners, many with their favorite canines in tow, show up to walk the hills to kick off Thanksgiving. It's the brainchild of longtime runner and cyclist John Rous, who told me the only cost of entry is a contribution of a pie or cookies. Rous will be cooking hot dogs and tri tip to greet the runners and walkers at the end. Follow the lights to the campfire and prepare to start the run promptly at 6 a.m. 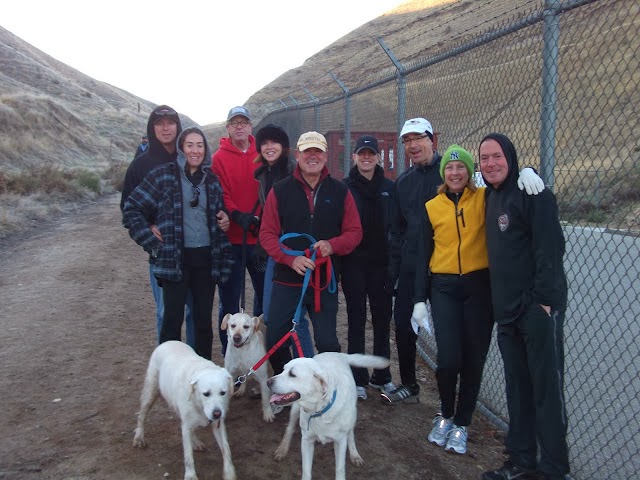 Posted by Richard Beene at 3:10 PM