* … DRILLERS: There is a drive among alumni of Bakersfield High School to raise $25,000 to pay for Valley championship rings and to help the athletic program grow. I am told that almost $10,000 has

been raised already. If you are a Driller and want to contribute, make a check payable to BHS Athletic Booster Club and note "football" on the memo line. You can mail them to Bakersfield High School,
1241 G Street, 93301. The Drillers, 11-2, will face Mission Hills in San Diego in the first round of the state Division 1playoffs Friday. 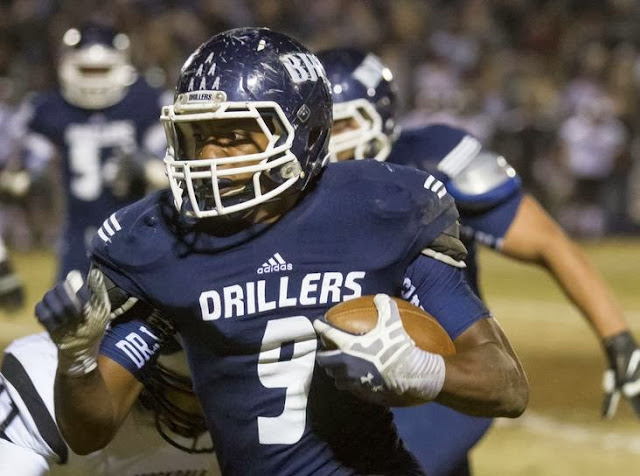 * … CRIME: Local plaintiff's lawyer Matt Clark was with his wife Molly, son Harry and their two standard poodles outside Baja Fresh at the Marketplace recently when "two young kids, in an older model, teal, Toyota pick-up stopped in front of the outdoor seating.  The passenger jumped out, ran up to a woman who had her purse sitting next to her on the ground, and took the purse. He jumped back in the truck and they fled. The truck had damage on the side, and numerous bumper stickers on the back. Harry remembers seeing the truck driving around on the opposite end of the shopping center, 30 minutes before the theft. Obviously, they were staking the place out looking for a target."

* … MEEK: Kudos to Harold Meek, the former Bakersfield car dealer who has been honored with the Lifetime Achievement Award from the Greater Bakersfield New Car Dealers Association. Meek is the first recipient of this new award. Meek and his wife Kay sold their shares in the Three-Way Automotive Group in 2008 when he retired from the business. The Meeks have long been active in our community, in both charitable causes as well as Republican politics. 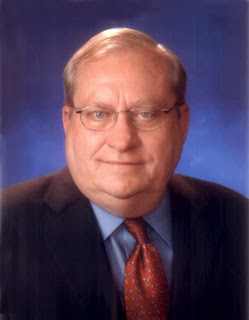 * … GUARDIAN ANGEL: Shirley Machado shared this uplifting story of a stranger coming to her aid. "After visiting the tax office, I returned to my car parked in the garage and promptly spilled the contents of my purse. As dark as it was I thought I had everything and drove home.  My surprise came when a young man came to my door and explained that he was returning my wallet which I had never missed. He told me his name but I'm afraid It didn't register (I was too stunned). All I know is that he had to be my guardian angel in a black sweatshirt with MORRO BAY on it.  If you see him, he just might be your angel, too." Thanks for sharing, Shirley.

* … MORE GOOD FORM: McKinley Elementary kindergarten teacher Jolie Brouttier was driving down Union Avenue when she spotted a young girl in front of a local motel, in the cold with no socks. What did she do? She pulled over and gave the youngster a pair of socks. "Thank goodness Ms. B always carries extras," she said.

* … AND THIS: Can you stand one more uplifting story from our week? Al Garcia was with a group of about 15 Vietnam veterans having lunch at the Roadhouse Grill when, to his surprise, a young man insisted on picking up the check. "Can you image how this made 15 to 18 of us feel?" Garcia said. "He wasn't a veteran and just wanted to do something nice." The good Samaritan identified himself as Chris Russell, who runs an oilfield construction business.