Crabtree Report says the local housing market is improving with demand up and prices rising.

* … HOUSING: Good news for our local real estate market. According to the Crabtree Report, it appears that the "mini bubble" in waning and 2014 should bring more of a moderate recovery. Said market expert Gary Crabtree: "Based upon the above, the Bakersfield market is quite stable for the

winter marketing season.  Supply decreased slightly from last month and demand remains constant, leaving the market with a little over two months unsold inventory. (Historically, the Bakersfield market has averaged a 3.1 month unsold inventory from 1999 to present)." Crabtree said the demand for housing is creasing and the media price increased $5,000 last month and almost 27 percent over the same period next year. 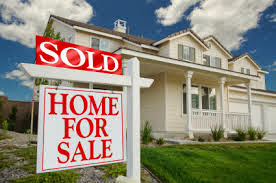 * … BAD FORM: Hard to find an example of bad form worse than whoever dropped off a box of new born puppies in the cold at the SPCA. This message was posted on Facebook by the SPCA: "We want to thank the person who dropped off a box of 15 puppies (eyes not even open yet) at 12:42 a.m. outside the Bakersfield SPCA this morning in freezing temperatures in a damp box. Perhaps the time may come when you cannot take care of yourself an someone will return the favor of dropping you off in the middle of the night in freezing temperatures in an empty parking lot. Happy Holidays!"

* … SMALL WORLD: So you don't think it's a small world? Then listen to this from Barry Rosenfeld, who spent Thanksgiving with his wife Pat in Ireland. "On Sunday evening (December 1) we were admiring the lights, vendors and happy faces at the Christmas Market in the town square in Galway. And standing right in front of us were Barry and Theresa Goldner! They told us their daughter is a university student in Galway and they too were touring Ireland. But that's not all. The very next day Pat and I were in line to purchase tickets for the tour of the Old Jameson Distillery in Dublin and sitting in the bar was Elaine McNearney. She was having a drink with her cousin from New Zealand prior to a family reunion in Ireland that week. Wow, it is a small world, after all."

* … MEMORIES: Nelda Oldham remembers the old military housing near the airport. "I believe they are referring to a WW II Veterans' Housing Project of 90 units built following the war under the Veterans' Emergency Housing under Title V. Due to an acute housing shortage after the war, the government passed legislation to build these complexes. The one referred to was called Veterans' Square, was designed and built strictly for veteran families, was of minimum design with concrete floors, plywood walls, etc. and the demolition was provided for in the legislation following the lack of need. The Housing Authority County of Kern built and managed a number of these projects, the largest of which was located on the north side of 34th Street and totaled 140 duplex apartments.  I'm sure there are many people in Bakersfield who lived in this housing as children. I still remember the names of some of the managers so I, of course number among the old-timers."