The United States is well on the road to not only energy independence but also to record high oil production, and more good deeds about town

* … OIL: More good news on the oil front. The Energy Department is now saying that the United States is fast approaching energy independence. Thanks to huge production surges in North Dakota and Texas, not to mention here in Kern County, U.S. oil production is reaching record high levels and could contribute to a decline in the world benchmark price. Daniel Yergin, an energy historian, told The New York Times that the "United States really is experiencing an energy revolution." 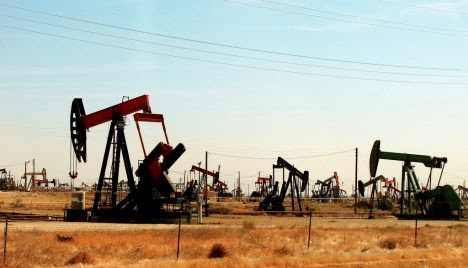 * … HONOR: Hats off to Susan Soria, the director of brand marketing at the Walt Disney Co. who recently was honored as one of the most influential Latinos in the entertainment industry. Soria was born in Bakersfield, raised in Visalia and graduated from San Diego State. Her proud grandmother, Zelma Lopez, lives in Bakersfield.

* … THEFT: John Mixon had this advice if your cell phone is ever lost or stolen. "Each phone has a unique serial number. If you key in *#06#, a 15 digit code will appear on the screen. Write it down and keep it somewhere safe. If your phone ever gets stolen, you can call your service provider and and give them this code number. They will then be able to block your handset, and your phone will be totally useless. You may never get your phone back, but at least you will know that the thief can't use it either. If everyone did this, there would be no point in stealing mobile phones."

* … OVERHEARD: A patient at Mercy Hospital is telling a visitor: "My cat trained my pit bull how to use the litter box. Really."

* … BAD FORM: A local grandmother was out at the Southwest Baseball park watching her grandson pitch when she had this encounter with the mother of an opposing player. "I said 'strike him out' when this mother from Taft told me to shut my mouth or she would shut it for me. I was so disappointed that she wanted to fight over a baseball game. Can't I just root for my grandson?"

* … GOOD FORM: I am always happy to pass along some examples of good customer service. This one comes from Reba Mullen, who bought a $100 gift certificate from Dick's Sporting Goods but inadvertently left it at the store. "I checked my bags, the car and rechecked my purse but no card.  I called the store and the gentleman who listened to my story said, 'It's right here.' Needless to say how happy I was. I just want to give that gentleman some publicity for being so honest. He could have easily kept the card and I would have assumed I lost it.  His name is Justin Gonzales and I believe he is the store manager,

* … MORE GOOD FORM:  And Etta Robin shared this experience at the local Albertson's on Stockdale Highway and Coffee Road. "I recently purchased two gift cards for my granddaughters from Albertson's. The cashier was kind enough to indicate the particular gift cards that would provide me with a personal benefit of a $20 coupon for groceries at Albertson’s, so those were the cards that I purchased. A week or so later I noticed that the expiration date on the $20 coupon had expired the previous day.  I went into Albertson’s the next morning and asked if I could still use the coupon even though it had expired the previous day.  I was told that it was up to the manager.  Well, the lovely manager by the name of Dave told me that it was fine for me to use the coupon even though it had expired the day before.  And so I did happily use the coupon.  I thanked Mike and went home and phoned the corporate headquarters of Albertsons and told them this story.  I suggested that they give Mike a pat on the back for such generous customer relations—I do hope that they do so.  At any rate this is just a simple kind gesture on the behalf of Albertsons that I wanted to share with you.  It certainly put a smile on my face."