"Every year I am honored to nominate local high school students to attend our United States Service Academies. And today, I am proud to announce the students who I have nominated for the coming 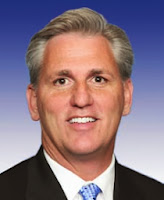 academic year. These nominees were selected in a competitive process in which a number of highly qualified 23rd Congressional District high school students applied for consideration.

"My principal nominee for the United States Air Force Academy is Mickey Cushine, who attends Independence High School.  He is a captain of the Boy’s Baseball team and a member of the Ford Dream Builder Program.  He obtained his private pilot license in November and has achieved perfect attendance in Kindergarten through the present grade. He expects to major in Aerospace Engineering or Biology.

"My principal nominee for the United States Naval Academy (USNA) is Kyle Mathes, who attends Tehachapi High School.  Kyle is Senior Class Vice President and the Captain of the Men’s Varsity Soccer Team. Outside of school, he is a Line Boy for Skylark North Mountain Valley Airport in Tehachapi. He aspires to be an officer in the Navy and command warships, submarines, or aviation squadrons.

"In addition to Kyle, Sarah Manges, who attends Centennial High School, received a competing alternative nomination to the USNA. She has received a letter of assurance to USNA that guarantees an offer of appointment after the remaining admissions requirements have been fulfilled and a nomination has been received.  Sarah is Forensics Team Leader, ASB Commissioner of Community Services and actively involved in We the People and Key Club.  She has also participated in Cross Country and Swimming. She expects to major in Aerospace Engineering and aspires to be a Naval Flight Officer.

"My principal nominee for the United States Military Academy at West Point is Drew Francis, who attends North High School.  He is active in the North High Future Farmers of America (FFA) Chapter, where he has received numerous awards and accolades, most recently a National Finalist and State Winner in Agriculture Mechanics Design and Fabrication.  At North High, he participated in Wrestling and is also active in Ranch Rodeo. He is interested in mechanical design and agricultural systems.

"My principal nominee for the United States Merchant Marine Academy at Kings Point is Garrett Silong who attends Burroughs High School in Ridgecrest.  He is Varsity Swim Captain and Secretary of the Burroughs High Chapter of the California Scholarship Federation (CSF).  His expected major is Biology.

"These individuals are tremendously talented and we as a community should be grateful for their commitment to serve. I also want to thank Cam Martin of Tehachapi who works at External Affairs in NASA and is a parent to two Naval Academy graduates; Colonel Lars Hoffman who is the Commandant at the USAF Test Pilot School at Edwards Air Force Base and a 1988 USAFA Graduate; Kern County Superior Court Judge Susan Gill of Bakersfield; and Dr. John Snavely who is Superintendent of the Porterville Unified School District and who served in the United States Air Force for serving on my Academy Interview Committee this year.
"As Christmas approaches, I want to wish everyone a Merry Christmas and a joyous holiday season.